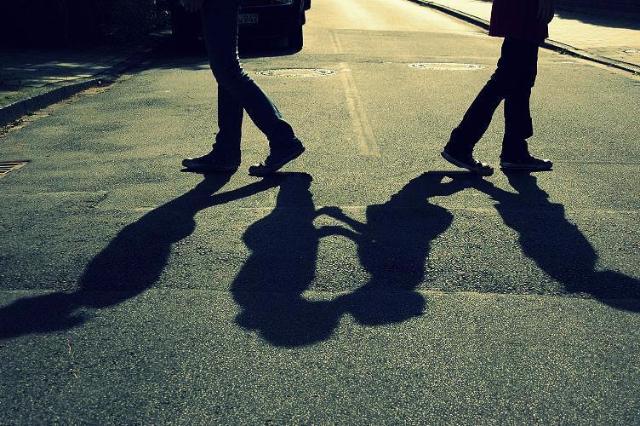 Over time and given enough romantic disappointment, we all come up with our ways of dealing with break-ups .

No matter how much advice we hear, we revert to our own tried-and-tested survival methods, whether that's ruthlessly cutting an ex-partner out of your life, or – at the other end of the scale – even trying to be friends with them.

Depending on the nature of the break-up, falling into the former camp may seem a bit drastic and bitter

After all, you loved each other once – plus we're grown-ups here, right?

"I still want to be friends"

Well, yes. But far from screaming "I'm a well-balanced, mindful adult", staying friends with an ex may say something a little darker about your personality.

Namely, that those who choose to remain friends with an ex often have the "darker personality traits" and "manipulative tendencies" associated with narcissism, psychopathy and Machiavellianism.

The scientific study conducted by researchers at the University of Oakland is unwelcome news for those who want to take a leaf out of Chris and Gwyneth's book.

The study, as Stylist reported, asked 861 volunteers for five reasons why they'd stay friends with an ex and then tested them for psychology’s 'dark triad' of personality traits mentioned above.

While the study revealed many of the participants' motivation was sentimental, the 'dark triad' high-scorers were more likely to remain friends with their exes.

Whittling their reasons down further, the study revealed how people with a tendency towards narcissism, psychopathy and Machiavellianism maintained friendships with their ex often for their own gain.

For example, if an ex-partner is perceived as being "reliable" and "trustworthy", then they're seen as a useful asset.

So next time a partner utters the dreaded "let's just be friends" phrase, you have a solid reason to edit them out of your life for good, and no one can hold it against you.