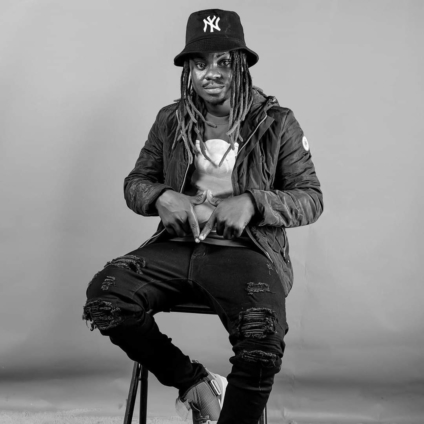 The dream of afrobeat/highlife artiste, Kwame Ayi Kwaw, to become a household one in the music industry is gradually coming to pass with the release of his latest hit single, ‘Bad Friends’ featuring Okyeame Kwame (Rap Docta).

The single produced by the Dream Team made up of Joshua Tetteh (King Jay’s Beat), Joseph Kojo Sam (Mr Sarge) and Richard Essien (Magic Rocker), CEO of Gavali Records, is a combination of African rhythm with a flavour of afrobeat tune.

It will be released this July.

‘Bad Friends’ is said to be quite different from anything the multi-talented artiste has released in a while and is sure to take over radio playlists. It is a mid-tempo song with danceable beats suitable for any social event.

Creativity as his hallmark, Kwame Ayi Kwaw, who also known as Stone Gee in the music scene, pointed out that “being creative will guarantee long life in the music industry.”

He hopeful to make a breakthrough, as other two new singles are expected to hit the music scene by the latter part of this year.

According to him, he believes it’s time for him to take over the music business in the coming months as he preps to drop two more singles by the close of the year as well as two new music videos which are sure to – in his own words- “blow everyone’s mind.”

The quality of ‘Bad Friends’, the singer said, is expected to shoot his image to another level and attract good followings on all the social media platforms.

Stone Gee, who is sure to make a mark on the Ghanaian music scene, looks forward to the years ahead that will see him representing Ghana worldwide with his music.

With the various hit songs he has released in the course of the year, Stone Gee is expected to drop a mega album next year.

DISCLAIMER: The Views, Comments, Opinions, Contributions and Statements made by Readers and Contributors on this platform do not necessarily represent the views or policy of Multimedia Group Limited.
Tags:
Bad friends
Okyeame Kwame
Stone Gee