Stonebwoy is a genius when it comes to music – Beenie Man 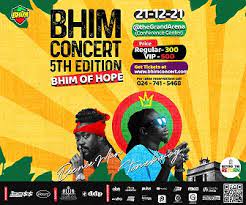 Speaking on Prime Morning ahead of the 2021 Bhim Concert, he touted the achievements of Stonebwoy in the music industry, stating that the award-winning dancehall act is one of the few artistes selling Ghana positively on the international market through his music.

“When it comes to music, Stonebwoy is a genius and I respect him for that. He’s an artist who has always put himself in a place where people can know to say yeah, this is Ghana,” he said.

Asked by host Jay Foley, why Stonebwoy was his choice for a collaboration on the song “Shuga”, Beenie Man explained that the choice was not only based on the good relationship that exists between them but also because Stonebwoy’s name came up during his search.

He further disclosed his intentions to have other collaborations with Stonebwoy and called for more of such collaborations between Ghanaians and Jamaican artists.

Both artists will be performing live at the 2021 Bhim Concert happening on December 21, 2021, at the Grande Arena, Accra.

This year’s edition which is the 5th since its inception promises to be fun with both artistes shaking the stage with songs from their camps.

DISCLAIMER: The Views, Comments, Opinions, Contributions and Statements made by Readers and Contributors on this platform do not necessarily represent the views or policy of Multimedia Group Limited.
Tags:
Beenie Man
Bhim concert
Grande Arena
Stonebuoy