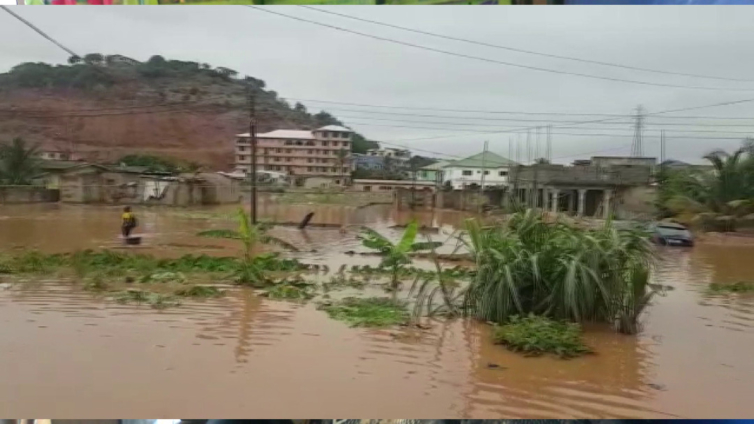 The Institution of Engineering and Technology Ghana has cautioned the Spatial Planning Department at various assemblies against rezoning wetlands as residential areas.

The warning follows the delay by the assemblies to carry out the President’s directive on the removal of illegal structures in waterways.

President of the Institution of Engineering and Technology Ghana, Engr. Henry Kwadwo Boateng called on on the Metropolitan, Municipal and District Assemblies (MMDAs) to effect the recent order to remove all illegal structures from waterways.

According to him, it is disappointing that several weeks after the President’s order, the MMDAs are yet to implement it.

“My few checks have revealed that none of the Assemblies have made any move to implement the order and it is very sad that a whole President of the Republic will go down to give a directive and the MMDAs won’t obey the order,” he said.

He dared that “If any Assembly says they have gone to these areas to even mark the place for demolition, they should come out and tell us.”

Engr.  Kwadwo Boateng also added that if the illegal structures are not pulled down, it will be very difficult for the Ministry of Works and Housing to construct the storm drains in their quest to end the flooding menace.

He also bemoaned the lack of proper planning in Accra which has led to construction at illegal locations.

“The President should crack the whip on every MMDCE who is yet to implement his orders. This will put them on their toes,” he said.

He also expressed worry over the indiscriminate dumping of waste in storm drains by some Ghanaians.

“These people who have built in water ways, the MMDAs know them. You dare not go there if you are an engineer. You can’t blame them for that. That is why the MMDAs should rather lead that effort and pull those structures down,” he stressed.

DISCLAIMER: The Views, Comments, Opinions, Contributions and Statements made by Readers and Contributors on this platform do not necessarily represent the views or policy of Multimedia Group Limited.
Tags:
institution of Engineering and Technology
Wetlands