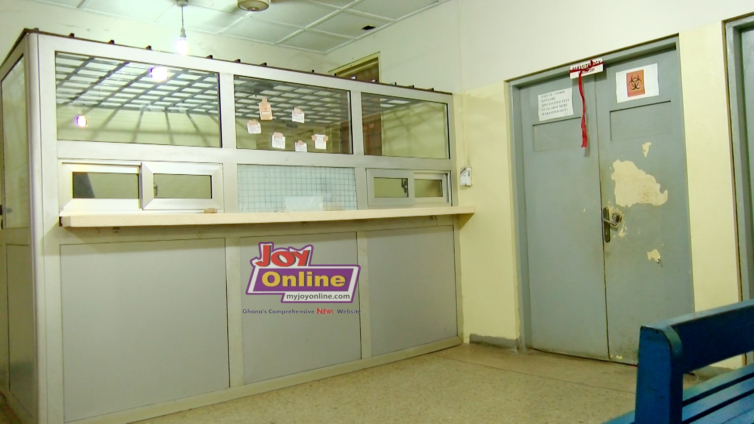 KATH Laboratory rendered empty as a result of the strike

Public Relations Officer (PRO) of the Ghana Association of Medical Laboratory Scientists has revealed that his colleagues across the country, have not called off the strike action despite the court order secured by the National Labour Commission.

Speaking on The Probe on JoyNews, Dr Dennis Adu Gyasi said that the injunction on the strike action was placed on only the Komfo Anokye chapter of the Association.

He stated that following the court order, the national leadership of the GAMLS are yet to communicate with the respective regions on the next line of action.

“The strike had been declared at the respective regions and as far as my monitoring show, the lab scientists in the various regions and the chapters of the tertiary hospitals are still on strike,” he said.

His comment comes after the National Labour Commission (NLC) has secured an interlocutory injunction compelling Laboratory Scientists across the country to call off the strike.

The industrial action started from the Komfo Anokye Teaching Hospital (KATH) on May 20, when medical Laboratory Scientists and allied professionals protested the decision of the Management to post two doctors to work in their Unit.

The protest which began as a sit-down strike, escalated into a total withdrawal of services after an emergency meeting on Wednesday, May 26.

Other regional branches of the group joined in the action in solidarity with their colleagues, leaving many patients nationwide stranded.

Dr Adu Gyasi told Emefa Apawu that contrary to popular opinion, the lab scientists’ action is not intended to punish anyone but demand what is due them.

He said that although people have condemned their strike, he said that it is unfair to expect lab scientists to not progress in their career.

“Our fight is about organizational structure. The Komfo Anokye Teaching Hospital is the employer and they have the power to appoint or assign and for that matter, they have taken who they desire to do so. So if they have professionals who can run the lab and the lab scientists say come and take over, I don’t think that should be a problem at all.” he added.

Meanwhile, the Chairman of the Parliamentary Committee on Health , Dr Nana Afriyie Ayew, has revealed that the committee will be meeting the various leaderships in the health sector to resolve the impasse.

He said that the Committee cannot sit by and do nothing while lives are on the line amid the conflict.

“The Ghana Medical Association will be there, the Medical laboratory Scientists will come, the CEOs of the tertiary hospitals, the Minister of Health will be there with his team, the Allied Health Council will also come and then we are going to extend invitation to the NLC as well.”

“This meeting will give us the opportunity to listen to them. We have to speak for the people. They (lab scientists) must go back to work but we must also listen to them and then we can come to a middle ground on the issue.”

DISCLAIMER: The Views, Comments, Opinions, Contributions and Statements made by Readers and Contributors on this platform do not necessarily represent the views or policy of Multimedia Group Limited.
Tags:
Ghana Association of Medical Laboratory Scientists
Ghana Medical Association
Strike Action