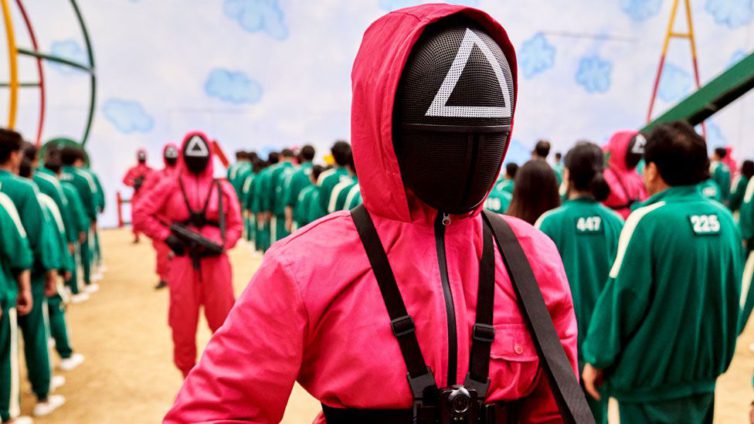 A man has reportedly been sentenced to death in North Korea for smuggling copies of Netflix’s blockbuster series “Squid Game” into the country.

According to Radio Free Asia (via Variety), authorities were led to the man after they caught high school students watching the series.

The report states that “Squid Game” was smuggled into the country from China through the use of a USB flash drive. “Squid Game” is not available in China but remains popular thanks to piracy websites.

The smuggler faces death by firing squad, while the students involved in bringing “Squid Game” in to school are facing prison sentences.

Radio Free Asia reports: “A student who bought a drive received a life sentence, while six others who watched the show have been sentenced to five years hard labor, and teachers and school administrators have been fired and face banishment to work in remote mines.”

Created by Hwang Dong-hyuk, “Squid Game” is a South Korean survival thriller that follows a group of contestants who agree to participate in a mysterious survival game with a grand prize total of nearly $40 million.

All nine episodes of the show’s first season debuted in September, and the show became a word-of-mouth sensation.

As noted by Variety: “In December 2020, North Korea passed the ‘Elimination of Reactionary Thought and Culture’ act, which prohibits the entry and dissemination of cultural material like films, plays, music, and books in the country.

The act is mainly aimed at preventing the spread of media from South Korea and the U.S. and those found distributing or consuming these are liable to be punished.

According to widespread reports, in April this year a man was publicly executed for selling drives and CDs containing South Korean material.”

Meanwhile, “Squid Game” is now streaming on Netflix globally. The streaming giant has yet to announce a second season, although its creator has said publicly that another round of episodes will happen.

DISCLAIMER: The Views, Comments, Opinions, Contributions and Statements made by Readers and Contributors on this platform do not necessarily represent the views or policy of Multimedia Group Limited.
Tags:
Death Sentence
North Korea
Squid Game