Sudan or Chad? Why a Darfur sultan regrets a twist of colonial fate - MyJoyOnline.com

Sudan or Chad? Why a Darfur sultan regrets a twist of colonial fate 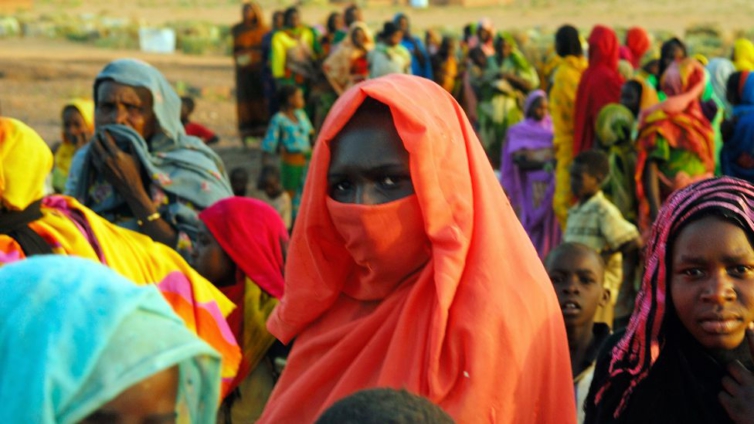 “I wish we could have joined Chad instead of Sudan,” said Saad Bahar Addin, who holds the title of sultan of Dar Massalit, a vast area that stretches along the border of the two countries.

Wearing a turban and Sudanese robes, the traditional leader made the comments while addressing dozens of the Massalit people – mostly black farmers – while they were sitting under neem trees to get shade from the scorching heat in Adeykong town overlooking Chad.

They had fled an attack earlier this month on the town, and neighbouring villages, by Arab militias known as the Janjaweed and linked to the Sudanese government’s Rapid Support Forces (RSF).

About five people were killed and 37,000 left homeless in the violence that is part of the long-running feud between black farmers and Arab nomads in Darfur.

The conflict is tinged with racism, with many Arabs referring to the Massalit by a derogatory word, “nawab”, which refers to slaves.

“We do not let the nawab come down from the mountain, and we can’t go up there, and when we find them we shoot at them,” said a 23-year-old wife of an RSF officer in Sanidadi village, from where many Arab militias carry out attacks. “But when they find our cattle, they catch and eat them.”

Conquerors of the French

Dar Massalit is in West Darfur State, but some parts of it are in eastern Chad as a result of the boundaries that were drawn up during the colonial era.

Most of the sultanate was incorporated into Sudan 100 years ago – in 1922 – following an agreement between its then leader, Sultan Bahar Addin, the French government and the British administration that ruled the rest of Sudan.

Dar Massalit is the only area in Sudan that was never colonised. The Massalit people defeated the French army twice – in January and November 1910 – as it was trying to expand its empire eastwards from what is now Chad.

One of the symbols of the Massalit people’s resistance against the invaders at the time was the town of Kreinik.

But last month, the town – where many displaced Massalit communities live – was brutally attacked. The RSF was accused of carrying out a raid that killed more than 200 people, including children and the elderly.

Nearly all the houses in the town, which is about 80km (50 miles) east of the city of Geneina, were burnt – and even livestock was killed.

It was the latest flare-up in the violence that has wracked Darfur since 2003.

Hundreds of thousands have been killed and more than three million fled their homes – some have been displaced five times, and live in camps or government buildings.

‘Sad and bad for unity’

For some in Massalit, it is the final straw.

“Many people I know are leaving for Chad. It’s sad and bad for Sudan’s unity, but I understand how people are feeling, especially after the last massacre,” said Hatim Abdallah, an activist from Kreinik.

The once mighty Massalit feel deeply aggrieved, saying that successive governments have promoted “Arabism” – overlooking black people for basic services such as education, health and the electricity.

The conquerors of the French, who have had their power slowly eroded, blame Omar al-Bashir, who was ousted as president in 2019 after nearly 30 years in power, for weakening them militarily.

His regime made a concerted effort to confiscate their weapons while arming Arab militias.

“They lack weapons, that’s why they are in this situation,” said Mohamed Abdallah Addouma, a human rights lawyer and former governor of West Darfur.

The Massalit do have some armed groups, but they were not part of the peace agreement signed by the government and other groups in 2020 in South Sudan’s capital, Juba – and who now all share power with access to Darfur’s mineral wealth.

“The former rebels who are part of the JPA [Juba Peace Agreement] mostly belong to the Zagawa community. They live in northern Darfur, and want the Massalit to be under their command instead of being independently armed and leading themselves,” said Mr Addouma.

In terms of the 1919 deal with France and Britain, a referendum was to have been held 75 years later – in 1994 – to let the Massalit decide whether they want to remain in Sudan, join Chad or opt for independence – a choice the people of South Sudan exercised in 2011 after an almost three-decade-long military campaign against what they saw as political and economic marginalisation by successive Arab-led governments.

But the referendum for the Massalit failed to take place – they did not push for it, as “Bashir’s government created so many wars in this area, and people forgot”, said Dr Tawheeda Yousif, a senior official in the state government in Darfur.

As he now reflects on the plight of his people, Sultan Saad Bahar Addin said that joining Chad would have been a safer option as it has “a strong security apparatus”.

“People know that, and that the government there would protect them. But here there’s no state and very weak protection provided,” he said.