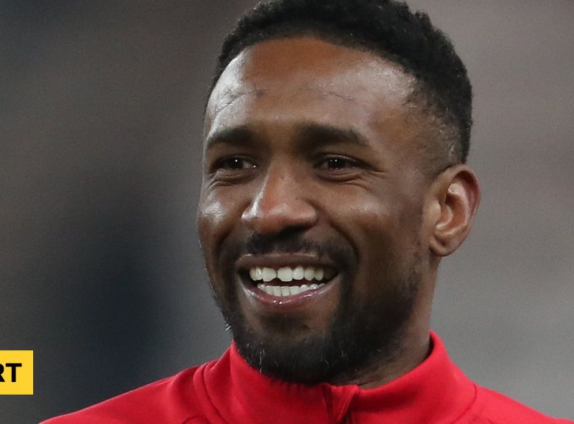 Sunderland’s former England, West Ham, Tottenham and Rangers striker Jermain Defoe has retired from professional football at the age of 39.

Defoe, who re-joined the Black Cats in February, scored 304 goals in 762 career club games and added 20 goals in 57 England appearances.

“It’s been a really tough decision,” Defoe wrote in a statement.

Diminutive forward Defoe scored 162 Premier League goals, making him the ninth-highest scorer in the league since its formation in 1992-93.

He is also 15th in the appearances list, having played 496 games in England’s top flight.

Defoe’s Sunderland return was marked by a late night social media unveiling on January’s deadline day, in which the veteran striker described the return as “special for many reasons”.

However, he failed to reach the heights of his first spell, making just seven appearances – of which just two were starts – and failing to score for the League One promotion-chasers.

While a prominent international, to many non-football fans Defoe will be best known for his friendship with terminally ill Sunderland fan Bradley Lowery, who died in 2017, aged six, after a long cancer illness.

“Jermain is a legend,” Lowery’s mother Gemma said. “Like all Sunderland fans, we will be sad to see him leave the game.

“We are so grateful that football brought Jermain into our lives and we will hold the memories with Brad forever.”

His work through the Jermain Defoe Foundation also brought him an OBE in 2018 for services to charity.

“Football will always remain in my blood and it gives me great pride and satisfaction to look back on the blessed career I’ve had,” Defoe added.

“I now look forward to spending some quality time with my friends and family before moving forward on this next chapter in my career.”

Defoe thanked fans, coaches, team-mates and staff at all his clubs for “playing such an integral part” in his career, while also paying tribute to those closest to him.

“Lastly I want to say thank you to my mum, you gave me a ball at two years old and made me believe my dream could happen.”

Top striker, top bloke and someone who gave me some great advice in my early career as well as his number 18 shirt!