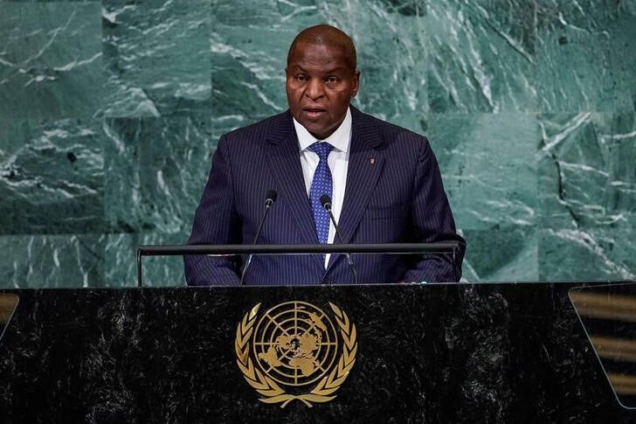 The head of Central African Republic’s top court, which has stymied a push to enable President Faustin-Archange Touadera to keep running for office, has defied a government order to retire.

The Constitutional Court last month annulled a commission for proposed reforms that would let Touadera, 65, stand for a third presidential poll in line with a trend in some parts of Africa that opponents see as creeping autocracy.

The already twice-elected Touadera’s government earlier this month issued a decree telling 28 higher education officials born between 1946 and 1955 to retire from Dec. 31.

On that list was Constitutional Court president Daniele Darlan, a 70-year-old lawyer, jurist and former university professor appointed president in 2017.

But in a letter to the government on Wednesday, she noted that constitutional judges serve a seven-year mandate that cannot be ended without the court’s consent.

“My mandate … is independent from the evolution of my teaching career,” she added.

The government did not immediately respond to a request for comment.

The vast but-sparsely populated nation of about 5 million people is one of the world’s poorest despite its potential wealth from diamonds, timber and gold. It has suffered violence since 2013 when mainly Muslim Seleka rebels ousted then-President Francois Bozize, prompting reprisals from mostly Christian militias, with 1 million people uprooted since.

Touadera’s allies in May suggested reforms that would alter a constitutional clause saying presidents can only run twice, arguing this was uncommon around neighbouring countries.

When a commission was set up to draft the changes, protests broke out before the Constitutional Court ruled it should be abandoned, saying its decision could not be appealed.

Several other African presidents, including in Rwanda, Congo Republic, Ivory Coast and Guinea, have pushed through constitutional and other legal changes in recent years to allow themselves to stay in office.

The next vote in Central African Republic is due in 2025.

DISCLAIMER: The Views, Comments, Opinions, Contributions and Statements made by Readers and Contributors on this platform do not necessarily represent the views or policy of Multimedia Group Limited.
Tags:
Central African Republic
le President Faustin-Archange Touadera
Retirement
Top court head