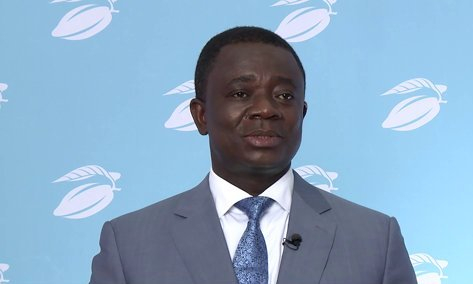 The Supreme Court has granted former COCOBOD CEO Dr. Stephen Opuni access to his two bank accounts that had been frozen since 2017.
The court in a unanimous decision read by Justice Jones Dotse held that only 25,000 cedis in one of the accounts should remain frozen.
Dr. Opuni who is standing trial together with businessman Seidu Agongo on various charges including causing financial loss to the state, has not had access to his accounts since early 2017 when EOCO commenced its investigations.
One of the grounds for the state's case against Dr. Opuni is that he received the 25,000 cedis from the businessman as bribe in order to hand him a fertilizer supply contract.
An Accra High Court had earlier endorsed EOCO's freezing of the accounts, ruling it was the mandate of the Office to protect the funds alleged to be tainted.
Dissatisfied with the decision, lawyers for Dr. Opuni dragged EOCO to the Supreme Court seeking to overturn the High Court's decision.
They argued that previous decisions of the apex court allowed for only tainted funds to remain frozen.
Lawyers for the Economic Organized Crime Office led by Jacqueline Avotri urged the apex court to maintain the order since Dr. Opuni was still standing trial.
The five-member panel comprising Justices Dotse, Anthony Benin, Akoto Bamfo, Gabriel Pwamang and Yaw Apau for well over 25 minutes quizzed the EOCO Lawyer on why they feel the remaining funds are tainted.
Justice Dotse insisted an accused is presumed innocent until proven guilty unless there is evidence showing the remaining funds are proceeds of crime. He explained in such a situation the court would be compelled to freeze it.
Justice Benin, a member of the Panel said, "You have no right under the law to go beyond the amount specifically linked to the charges which is 25,000"
Justice Dotse in reading the court's decision set aside the High Court's ruling freezing the accounts and granted access to all the funds except the 25,000 cedis lodged in one of them.
Tags: