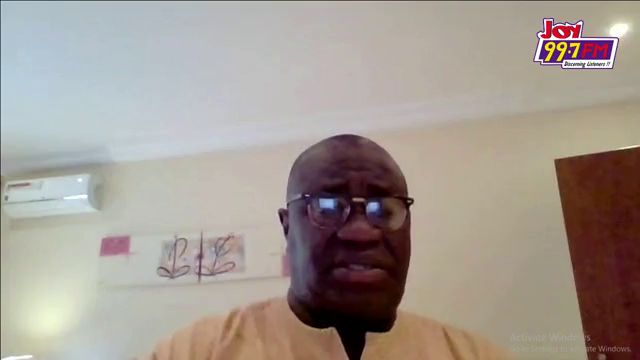 The Director, Faculty of Academic Affairs and Research at the Kofi Annan International Peacekeeping Training Centre (KAIPTC) has said that abuse of illicit drugs play a crucial role in the incidents of armed robbery in the country.

According to Prof. Emmanuel Kwesi Aning, drugs such as Tramadol and Femadol are usually abused by people who commit these heinous crimes.

He was one of the discussants on Joy FM’s Super Morning Show Wednesday. The topic for discussion was the Jamestown robbery which happened on Monday, and the possession of unregistered weapons by the youth in the country.

“These two saprotrophic drugs, illicit drugs, create a sense of boldness, of daringness, and of a “here I come” attitude and mentality,” he said.

According to the security analyst, these medicines are used as recreational drugs by the perpetrators of these crimes, adding that watching of crime-themed movies and TV news reports from war torn countries also incite violence in the youth.

“We know that in Liberia, in Sierra Leone, in Guinea and in La Côte d’Ivoire during the civil wars, warlords deliberately manipulated the psyche of young people by giving them drugs and allowing them to watch violent films that create an imagery in their minds that they could perform those miracles.”

“The same level of daringness and boldness, evident in movies are what they exhibit in daylight armed robbery attacks in the country, ” Prof Aning said.

“The essence of using guns. Even if we take out the argument about the thrill, the power that it gives. The essence of the indiscriminate behaviour and shootings that we see relates to that power and ability to show fear in the society. And that capacity to show fear is what terrorists do,” the Security Analyst explained.

He advised Security Agencies in the country to employ people with the capacity, the knowledge, the skill-set to put an end to this canker.

On June 14, a police officer, Emmanuel Osei, and a hawker, Afua Badu, were attacked by a group of armed robbers who trailed a bullion van in a taxi and on a motorbike and upon arrival at a less crowded location, fired indiscriminately, killing them instantly.

The driver of the vehicle was severely injured and was rushed to the Korle-Bu Teaching Hospital for treatment. According to the doctors, the driver is responding to treatment.

DISCLAIMER: The Views, Comments, Opinions, Contributions and Statements made by Readers and Contributors on this platform do not necessarily represent the views or policy of Multimedia Group Limited.
Tags:
Armed Robbery Attack
Bullion Van
Jamestown