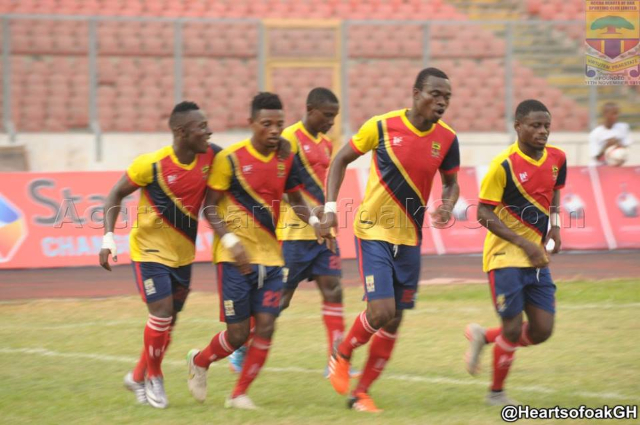 Division Two side Swedru Professionals will host Accra Hearts of Oak in friendly match at the Swedru Sports Stadium.

Swedru Professionals was formed last August, topped their Zone  in the Central Region Division 2 which sent them to the middle league but couldn’t qualify for the Division One league.

And will be using the friendly as preparations to go one better.

Owner and bankroller of the side, Eric Bekoe has vowed to revenge the 1-0 defeat handed to them by Hearts of Oak last season.

“I know Hearts of Oak is a big team with huge following but we are ready to revenge the 1-0 defeat suffered last season in a friendly to make a strong case that we have also come of age to send a signal to our opponents in our zone.”

Heart of Oak will also be looking forward to improve their form as the 2016/17 season approach.

The Phobians defeated the Agona Swedru based club 1-0 last season under Kenichi Yatsuhashi.

The Phobians have failed to secure a victory in the GHALCA G6 tournament. They lost by a lone goal to Aduana Stars before drawing one all draw with Medeama SC.

Assistant coach, Henry Wellington will use this encounter to test the newly signed players ahead of the new season.

The gate fees are GHC5 for the popular stands and GHC10 for the VIP stands.