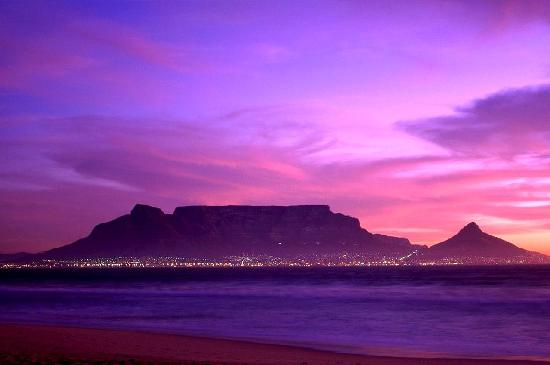 Table Mountain has been named by the World Travel Awards as Africa’s leading tourist attraction for 2014.

The Cableway operates from Table Mountain, which forms part of the Table Mountain National Park. It offers a world-class experience, ferrying people from the Lower Cable Station to the summit in cable cars with revolving floors.

Table Mountain will now compete with winners in the other competition regions, the Middle East, Europe, South America, Asia and Australasia, for the title of the world’s leading tourist attraction.

The year-long online voting process encourages global participation. There are scores of different categories and votes come from executives working in travel and tourism as well as agents who sell travel packages.

Table Mountain was nominated in both 2012 and 2013, but was beaten by the Pyramids of Giza in Egypt in 2012 and Mount Kilimanjaro, Tanzania, last year.

This year, Table Mountain came ahead of Mount Kilimanjaro, the Ngorongoro crater in Tanzania, the Pyramids of Giza, Robben Island and the V&A Waterfront.

Managing director of Table Mountain Aerial Cableway, Sabine Lehmann, said: “As one of the custodians of Table Mountain we are ecstatic that Table Mountain has been voted Africa’s leading tourist attraction for 2014. To have been voted for by the international tourism industry is a great accolade and cements the view that our visitors have a fantastic experience.”

In 2012 Table Mountain was voted a New7Wonder of Nature and earlier this year TripAdvisor, one of the world’s leading travel websites, awarded the Cableway with a certificate of excellence.

In a press release, World Travel Awards president Graham Cooke said: “We saw an incredibly rich, diverse and inspirational selection of nominees in Africa and the Indian Ocean in 2014, with many top competitors fighting it out in a series of very close races. With tourism growing in importance all the time in both Africa and the Indian Ocean, it is an honour to bestow our prizes on some exceptional organisations.”