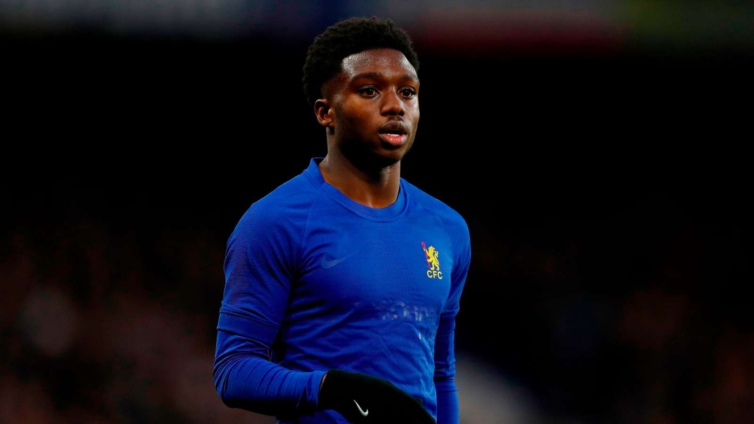 Tariq Lamptey followed in the footsteps of Harry Kane on Tuesday when he made his Brighton & Hove Albion in their 0-0 Premier League draw with Leicester City.

In featuring against the Seagulls, 19-year-old Lamptey became the first teenager to feature in the Premier League for two separate teams in the same season since Kane back in the 2012-13 season.

Seven years ago, the Tottenham Hotspur striker—who netted in their 2-0 victory over West Ham United on Tuesday—represented both Norwich City and Spurs in the same campaign.

Lamptey’s debut has been a long time coming, with the wideman securing a move to the Seagulls during the January transfer window.

The pint-sized full-back agreed a deal to join Brighton for an undisclosed fee at the start of the year despite having been offered a new contract by Chelsea, the club who formed him.

Graham Potter reportedly guaranteed the youngster that he would be given first-team opportunities this term, although Lamptey has had to wait to make his mark—not least because of the coronavirus-enforced suspension.

He made three appearances for Lampard’s Chelsea during the first half of the season, coming off the bench in the 2-1 FA Cup victory over Hull City at the start of 2020, having previously featured for 31 minutes for the Blues in December’s 2-1 win against Arsenal.

Almost six months later, he made his debut for Brighton, and the Seagulls fans watching at home will be impressed with what they saw.

The Anglo-Ghanaian youngster was among the most impressive players on the day as the south coast side took another point to take them further from the dropzone.

He completed five dribbles during the course of the contest, regularly easing the pressure on Brighton’s backline, won three tackles and, overall, won 10 of his 14 duels.

At just 19, making his first Prem start, he didn’t appear overawed by the occasion, nor the contest for Brighton, and in fact appeared to thrive when up against Jamie Vardy, one of the finest strikers in the English game.

There was a genuine maturity in Lamptey’s defending—credit perhaps to Chelsea’s youth coaches—while offensively, he appeared keen to bound up the pitch and take on his opposite man.

Potter has made a bold move in throwing him into the club’s relegation battle, but Lamptey demonstrated against Leicester how he has the qualities to make an immediate contribution for the strugglers.

DISCLAIMER: The Views, Comments, Opinions, Contributions and Statements made by Readers and Contributors on this platform do not necessarily represent the views or policy of Multimedia Group Limited.
Tags:
Harry Kane
Premier League
Tariq Lamptey