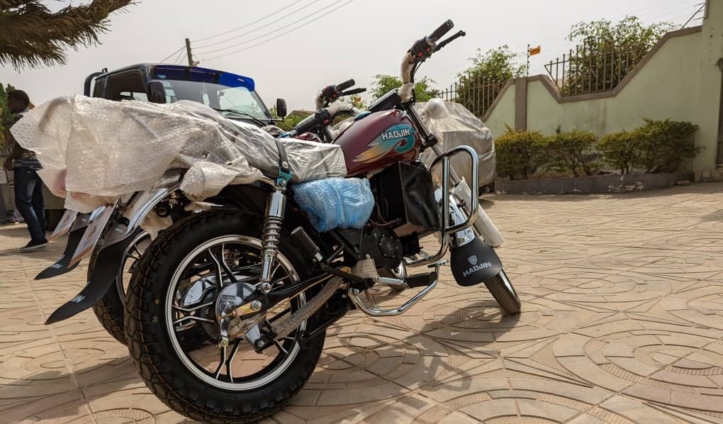 A technology company, Solar Taxi, has begun converting petrol and diesel-powered vehicles to electric ones after a similar effort with motorcycles was successful.

This follows the steady rise in fuel prices which has caused many people to consider other modes of transportation.

Electric vehicles have emerged as a viable option but their high costs may be a disincentive.

The chassis of a bike is remodeled to accommodate the battery packs and a motor is put into the bike.

Operations Manager at Solar Taxi, Arnold Anokye Amoateng, has explained that “because the chassis were built for the fuel bikes, they are already heavy, so when we add the battery packs and motors for the conversion, it becomes very stable.”

“We strip the fuel bike off most of the important parts of the fuel bike, leaving only the chassis. We then bring in the other components that make an electric bike. We add the motor, the battery packs built locally and the controllers to control the speed at which the bike travels,” he added.

Although it costs less than GH¢1,000 to convert a petrol bike to an electric bike, it costs more to acquire an originally made electric motor bike, with prices ranging between GH¢12,000 to GH¢18,000.

According to a research by the tech hub, a GH¢7 worth of electricity can power a bike to run for 150km/h but the same distance for petrol bikes will cost at least GH¢35.

“We have done all the preliminary works, the calculations, enquires and research. The only thing left is to put things together,” Arnold Amoateng added.

Crude oil prices as of March 9 this year stood at $124, an increase from the $86 at the beginning of February. This represents a 44 per cent rise.

At the local pumps, the price of a litre of petrol ranges between GH¢7.70 and GH¢8.29 depending on the fuel station.

Due to the increased fuel prices, motorbikes are becoming a common mode of transportation and delivery of goods.

Many resort to it as a cheaper transportation alternative.

The success of the project by Solar Taxi will come as a relief to many, especially those seeking alternatives to the persistent rise in fuel prices.