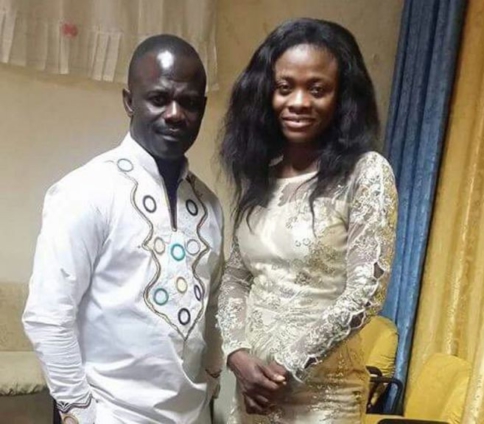 The Chief Executive Officer (CEO) of Frimprince Music Production has said he initially did not mean to terminate the contract between him and his artiste of 22 years, gospel singer Diana Asamoah.

Speaking on Kumasi-based Angel FM, Emmanuel Anane Frimpong said he served the musician with a termination contract as his way of extending an olive branch following a dispute.

Although he refused to highlight what Diana Asamoah had done wrong, he explained that he expected the singer to consider the threat of termination as an opportunity to apologise and change her ways.

Mr. Frimpong said he gave her three weeks after delivering the letter, a fair amount of time, for the singer to undergo self introspection and apologise to him.

He noted that Diana Asamoah, instead, counter-signed the termination letter and issued a letter of acceptance, indicating her opinions on which of the termination clauses she agrees with and those she does not.

Earlier in the week, Frimprince Music Productions released a letter indicating that the company had parted ways with veteran gospel singer Diana Asamoah.

The company, owned by the musician’s long-time producer, Mr Frimpong, pulled the plugs on their relationship of nearly 22 years.

In a letter addressed to Diana Asamoah, in August, Mr. Frimpong noted that on “several” occasions, she has breached the verbal agreement that binds them thus the termination.

Among other things, the company took ownership of the singer’s verified Facebook page ‘The Evangelist Diana Asamoah’, dissociated itself from Abba Father, an annual gospel concert and the singer’s company, Mabo Wo Din.

They also stated that Frimprince Music Production “shall continue to have absolute rights over all works that were produced under the production.

However, although Diana Asamoah agreed to some terms of the termination, including disassociation from ABBA Father and her company, Mabo Wo Din, she raised objections to others.

On Mr. Frimpong’s decision to claim ownership of some of her works, Diana Asamoah directed him to consult with the co-writer of the songs before an agreement is reached.

But the producer said although he is stating his claim to the songs, she has not been barred from performing them.

He said that he does not mind if she chooses to perform her songs. But Mr. Frimpong maintained he does not want to see her put his signature or logo on any song she will produce.

Mr. Frimpong explained that he was disappointed to see she had worked on a song with Dada KD without consulting him but added his signature, creating the impression that he (Frimprince) was part of that project.