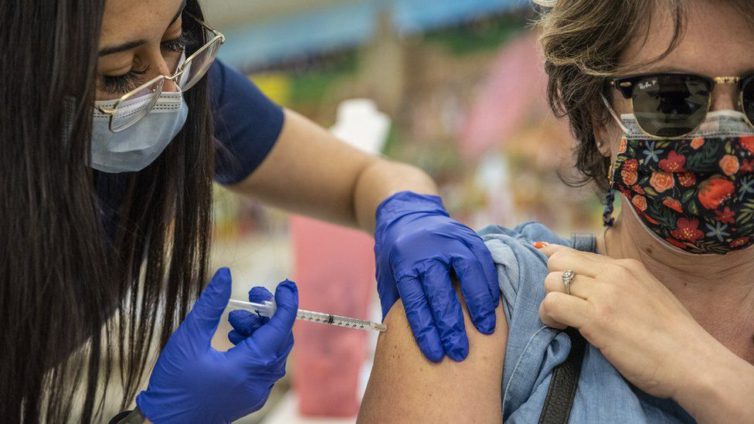 Governor Greg Abbott has issued an executive order banning all entities, including private companies, from enforcing vaccinations in Texas.

Mr Abbott, a Republican, has been one of the most vocal US leaders opposed to making coronavirus vaccines mandatory.

He has made similar edicts since the start of the pandemic, but this is the first to include private employers and their customers.

Many see mandating vaccines as encroaching on constitutional freedom.

The governor has called on state lawmakers to pass a ban into law.

“The Covid-19 vaccine is safe, effective, and our best defence against the virus, but should remain voluntary and never forced,” Mr Abbott said in a statement.

The move will pit him against Democrat President Joe Biden, who called on firms last month to introduce mandatory vaccines for their staff.

Earlier this year the governor lifted the requirement to wear masks in the state. He also signed an executive order in August against mandatory vaccinations for people who work in government agencies, including public schools and universities.

Texas courts are dealing with multiple challenges to the lifting of the requirement to wear facemasks.

Mr Abbott tested positive for coronavirus in August during a state-wide surge of hospitalisations. He credited his quick recovery to being fully vaccinated.

Both competitors are strongly opposed to vaccine mandates.

“[Mr Abbott] knows which the way the wind is blowing. He knows conservative Republican voters are tired of the vaccine mandates and tired of him being a failed leader,” tweeted Mr Huffines.

Many large businesses with a Texan presence have also come under the spotlight over mandates.

Fort Worth-based American Airlines, the largest US carrier, told its 100,000 staff last week that they would be fired if they were unable to provide proof of full vaccination by 24 November.

Facebook and Google, which employ a large number of people in the state, have also told employees that they would need proof of vaccination to return to the office.

Debate around vaccinate mandates has been a polarising issue in the US. Critics view them as unconstitutional, but proponents say they are needed to tackle a nationwide outbreak that’s killed more than 700,000 people.

In May, Florida’s Republican governor banned all vaccine passports in private businesses, and Montana’s Republican leaders banned employment “discrimination” based on vaccine status.

Meanwhile, this month California became the first US state to require all students be vaccinated against Covid to attend in-person classes.

The state has one of the highest vaccination rates in the US and already requires vaccinations for all medical workers.