The Dakhla International Research Centre : A tool for the prevention of child soldiers 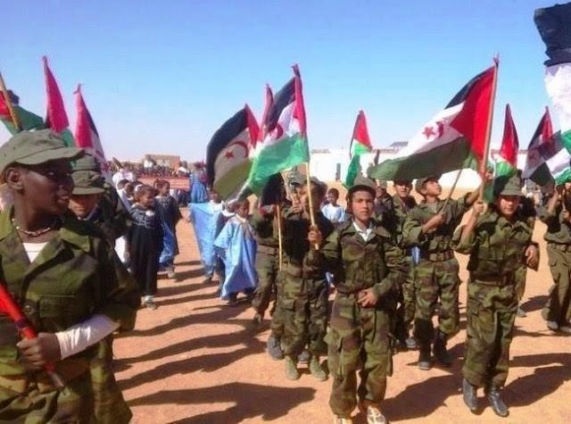 Children living in conflict zones are highly vulnerable due to many factors and are too often forcibly recruited as soldiers.

These children often spend years immersed in systems of violence, building their values and identities under the direction of armed groups. They are used as vectors of violence and terrorism rather than given the opportunity to become citizens capable of building a stable peace.

Despite the volume of international treaties and conventions, why is it so difficult to protect children in conflict zones? What do we know about the use and exploitation of child soldiers, and why are children still routinely recruited and used in bloody wars? How can their exploitation be prevented?

A glimpse in the scourge of child soldiers indicates that children are “living embodiments of history and forward-looking agents of social change” but children are also vulnerable in our society. They are entitled to the respect of their rights and the protection of their well-being.

The place of children is not in battlefields or conflict zones. Children must therefore not be subjected to inhuman and degrading treatment and be victims of abuse, sexual exploitation, unheard of, gratuitous and unprecedented physical and symbolic violence.

In this case, in Africa, the examples are plural and diversified.

According to recent investigations by the UNICEF, the number of children used by the terrorist group Boko-Haram in suicide attacks in Nigeria, Cameroon, Chad and Niger, mainly in the Lake Chad region increased considerably from 2014 to 2018. Let us still remember the abduction by Boko Haram of 276 high school girls from Chibok in northeastern Nigeria on the night of April 14 to 15, 2014.

The archives of humanity also inform us that in the Middle East, their presence is attested in the ranks of the rebel and governmental forces of the conflicts and tensions which take place in Syria, Afghanistan, Yemen, Iraq, etc. In Southeast Asia, they are found enlisted in Cambodia, Burma, the Philippines, etc.

This is also a reality in Latin America in the ranks of paramilitary forces and criminal organizations located on the borders of the Amazon. If, according to official statistics from certain international organisations, there are still more than 300,000 child soldiers in the world, it must be recognized that the fate of children in conflict-prone and belligerent areas in the world is catastrophic and alarming.

The International Center for Research and Prevention on Child Soldiers in Dakhla positions itself in the world as a space for the circulation of knowledge, scholarly knowledge that generates ideas focused on action, pro-activity and defense of the protection of children associated with combat and located in conflict zones throughout Latin America, Europe, Southeast Asia East, the Middle East and Africa, places par excellence of the enlistment of child soldiers.

It is distinguished from provincialism, the stigmatization in ethnographic surveys of this scourge. It is a learned society open to the whole planet, to all researchers of different racial, religious and ethnic origins. The results of these researchers will be within the reach of the international community, policy makers who influence issues relating to the well-being of children at the local, regional, continental and planetary scales.

The essential mission of this International Research Center is also part of the forward-looking and strategic vision evoked by the father of foresight, Gaston Berger in these terms: “To see far, wide, deep, take risks and save man” . Yes, our mission is to take the risk and save the planet’s children from the claws of voracious criminal predators; to act in and on the world for their causes, their protection and defense in combat zones, their demobilization and their reintegration into society.

The official launch of the IRC was marked by the inaugural conference, held in Dakhla on the 31st March 2022. It provided an overview of the situation of child soldiers, both in academic and policy terms. The pooling of theoretical and practical aspects relating to the problem of child soldiers will seek to create a momentum conducive to international mobilization, combining research actions and proposals in terms of public policy.

The preferred approach was to give a quantitative contextualization of the phenomenon, a presentation of the international legislation on the subject (from the 1989 Geneva Convention on the Rights of the Child to the 2017 Vancouver Principles), before providing insights based on case studies (Sahel and Rwanda).

The Conference now gives way to innovative initiatives, including the establishment of a system to effectively, fairly and efficiently address child soldier recruitment, protect victims and tackle the root causes of exploitation; and the dissemination of large-scale quantitative and qualitative data, including research on the African continent.

Fulfilling the mission to make the world by doing justice to children is now the philosophical matrix that Dakhla, a key African city at the crossroads of intense exchanges, will radiate from now on to the planet through the International research Center for Research on the Prevention of Child Soldiers.

DISCLAIMER: The Views, Comments, Opinions, Contributions and Statements made by Readers and Contributors on this platform do not necessarily represent the views or policy of Multimedia Group Limited.
Tags:
Dakhla International Research Centre
United Nations