The military to establish 15 FOBs in the northern regions - Defence Minister - MyJoyOnline.com 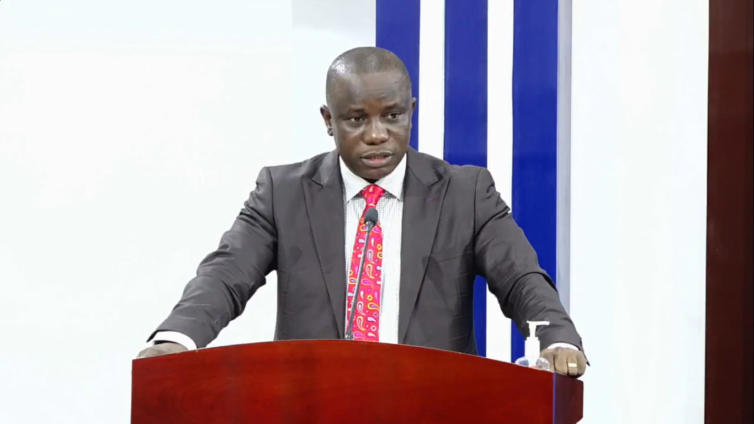 Dominic Nitiwul is the Minister for Defence and MP for Bimbilla

The Defence Minister, Dominic Nitiwul, has called on the general public to not panic but cooperate with the security agencies to protect and defend Ghana.

According to him, the military is currently doing everything within its power to ensure that the country is safe, all it needs is the cooperation of the citizens to identify report suspicious activities in the country.

In the meantime, the military has already deployed personnel to the northern parts of Ghana as parts of measures to foil the advancement of any terrorist group into the country.

Speaking on JoyNews’ PM Express, the Minister noted that the government was sponsoring the military to set up 15 Forward Operating Bases in the northern regions.

“They’re mini barracks, that’s where the military will stay and do the work. The military were largely in about three towns and were in many operational centres – Operation Gong Gong, Operation Cow Leg…then Operation Calm Life. Then recently you know the border operation that we launched, Operation Motherland which is in the Volta Region.

“So all these operations that we have which are about 27 of them, some with the police, some of them with the military alone, some of these operations we have military stationed in the north, but when you come to where they stay as a barracks or an FOB, they were just three. We are moving it to about 15, if you add the other three there will be 18 all in the north,” he said.

According to him, the stationing of all 15 new FOBs in the north is to help enhance efficient response to any threat of violent extremism in the area.

He explained: “It’s not saturation, it is very necessary. We looked at the military plan in the north, we assessed it over a period of time and we felt that it was necessary for them to do that. Because you see, one FOB should be able to talk to the other FBO effortlessly without any difficulty.

“So if you have an FOB here, they should be able to talk to another FOB and say that ‘look, we are suspecting that some people are crossing the border, we’re looking and we think something is happeneing around this area’. The reaction time should not be more than one hour or 30 minutes from one FOB to the other to the scene.

He said the military will be provided with armoured vehicles, and communication equipment among others to aid in the smooth performance of their duties.

Meanwhile, he has called on Ghanaians not to panic; according to him, “The Military has a plan that they’re rolling out and we are funding it to make sure that that plan is working” so Ghanaians should cooperate with them.