The tragedy of an independent politician - MyJoyOnline.com

The tragedy of an independent politician 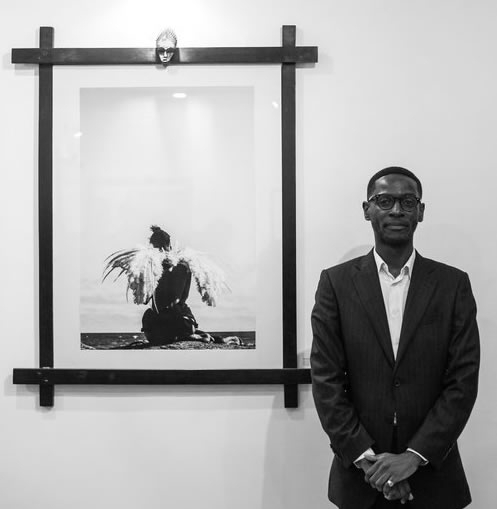 People feel truth. Truth has an interesting way of piercing the conscience of mankind; it dwells in as us all, whether we are conscious of it or not, and so whenever we encounter truth, we can genuinely connect to it.

The truth is always powerful, and sometimes, overwhelmingly so.

Well, here is my truth: if it resonates with you, if you find yourself nodding in agreement while reading, then the message is credible.

The tragedy of an independent ‘politician’.

“What do you do for a living?”, an acquaintance once asked. This is a question I often grapple with. “I am a politician”, I replied hesitantly. “What political party do you belong to?”, he further probed. “None.”, I said.

It is always a bittersweet feeling whenever a discussion like this comes up. I am deeply passionate about statecraft and nation-building. I have been fascinated with the idea of politics since I picked up a book, authored by Kwame Nkrumah, titled ‘I Speak of Freedom’, at age 14.

The book is one of the memoirs of Africa’s first Prime Minister, a revolutionary and an iconic statesman, that covers his political experiences. I found purpose within those pages and, more importantly, it came with a realisation of what my talent could do to help improve society. But although I have kept the fire burning since age 14 when I developed an obsession for politics, a bit of that youthful idealism which shaped the political career I envisioned has waned.

10 years on, it is already bad enough that I am not aligned to any of the major political parties. The social prejudices against an independent politician in Ghana can be crippling. At best, as I have come to realise, whenever I am engaged or engage someone in a conversation, non-alignment could protect one’s integrity. This is what I normally encounter with citizens who, although partisan, have grown frustrated with the state of affairs. It provides temporary joy and, perhaps, a bit of hope in a new political movement that could receive the goodwill of the masses. But the reality is daunting: history has revealed that citizens rarely support independent politicians in Ghana. It’s often a lonely road to the grave with a heavy load of lofty dreams and a grand vision.

I understand. No one can do it on their own. Politics is about unity under the banner of an organisation for the pursuit of shared aspirations. And to a large extent, institutions are more likely to be accountable to the public than an individual. Power cannot be centralised in the human palms of one man or woman.

I Speak of Independence from the Political Establishment.

I have waited so long for an existing political party to prove itself credible but it does not seem realistic at this point. I have constantly battled the idea of getting compromised. There are times I concede that, perhaps, it is better to effect change from within an existing political party. But I always find myself digressing into the hope of a revolution; a revolution of grace, the possibility of a golden age in Ghanaian politics, the belief in the common good of our citizenry and that a new organisation would emerge.

Every time I assert my independence from the political establishment, there is always one question that follows: “Where are you from?”. Half the time, I am tempted to reply “I am Ghanaian you dimwit”. But I was raised by a mother who is a staunch disciplinarian. In this context, the question is about what tribe I am from and has nothing to do with the ignorance of what my nationality is.

As an ÈÊ‹e man, to many, it is already clear where I must belong. Society already takes that decision on one’s behalf, without their consent. That is the norm. I have succumbed to this notion out of defeat sometimes. Partly because, as it is with most instances of privilege, merit is undermined. And also, because, as an ÈÊ‹e man, I cannot possibly stand on the ticket of the Manhyia seat and get elected to parliament, regardless of how proficient I may be as a politician. I am a Djokoto, a member of the Tenge-Dzokoto Royal Family of Anyako, and therefore I am expected to represent my ancestral state.

I am proud of my heritage, don’t get it twisted. The issue is that, whenever it has to do with politics, I am suddenly not regarded as Ghanaian anymore; it is about what tribe I belong to.

When would we progress into the post-tribal era? We complain about xenophobia or afrophobia and condemn South Africa whenever there is an atmosphere of hostility towards other nationals, yet, right here in Ghana, we still haven’t been able to place nationalism over tribalism.

It hurts to think despite how far we have come as a Republic, we’re still arguably backward in the way politics is conducted.