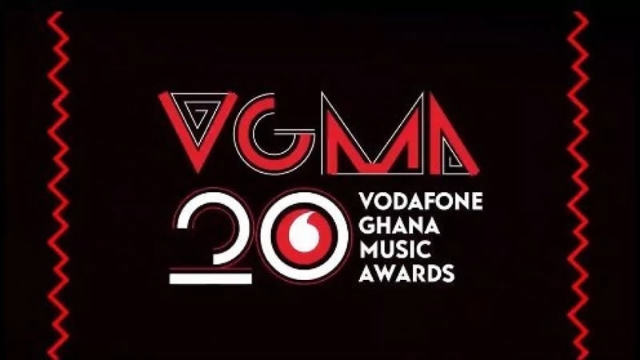 The 20th edition of VGMA was indeed a disgrace to Ghana. Charterhouse, Shatta Wale and Stonebwoy should all bow their heads down in shame. It is undoubtedly clear that lack of proper planning hindered VGMA before our two top dancehall artiste made it worse.

Before the year 2019, Charterhouse knew there was an impending big event ahead. It is obvious per happenings from Saturday night that they didn’t take the whole event serious. Maybe they thought we were still in the early 2000s where they can sit, arrange anything and serve us. Many Ghanaians are now discerning so they should come again. We have access to foreign content than before and the almighty social media allows anyone to air his or her opinion. We no longer sit and wait for their media men assigned to an event to present the story, however they like, to us the next day.

The sad truth is, Charterhouse has taken us for granted for so long and it looks like their cup is full. They also probably thought they could sell the usual “mediocrity” to us. When they started complaining about how lack of government support was going to hinder the anniversary a month to the event, I sensed all was not well and we may have an average show, they didn’t prove me wrong. Those complains were emotional blackmail as they wanted Ghanaians to sympathise with them if things should go wrong.  Charterhouse has been there for us; they added something to the industry by recognising our hardworking artistes and consistently gave us VGMA for years. We are grateful no doubt, but they should come again! When they enjoyed monopoly in the music industry for long with support from corporate bodies did you complain? I remember the awards those days had loads of commercial breaks and of course those sponsors were paying or those were for free? I am not trying to ask for an audit sheet but which business entity will work and not make profit for years and still invest time and money for 20 solid years?

I am asking my fellow Ghanaians, did you see enough commercials and activities surrounding VGMA ahead of the main event? Event visibility and promotion was poor! Did the “noise” they made sound worthy of a 20-year-old event that was going to shake the country? How many billboards were erected? What about media presence?  I know that was going to cost some bucks but why didn’t they use social media to hype the event? After all, that is an affordable and effective way of promoting businesses in recent times.  It looks like they were not really interested from the beginning. There were no events ahead to compliment the big day.  Mini quiz and other programmes that would engage the public could have been introduced. Health walk, a symposium or any fun activity would have been ideal as we wait to climax the main 20th anniversary.

Was there something to show Ghanaians after 20 years of its existence? Instead of the media discussing some of their interventions, innovations and contributions towards the music industry in Ghana, they had no choice than to discuss issues like; venue, security, etc. even on the event day. To my surprise, some people and Charterhouse were shamelessly defending their unprofessionalism. Were they expecting us to clap for them for rushing to put up a venue a week prior to the main event. It was not surprising to see the venue incomplete even few hours to the programme. For me, the 20 years journey saw nothing except the consistency of hosting an annual event. As if that was not enough, they packed patrons as if they were up for a night vigil after paying whooping È»200 and È»400 respectively. Who pays for discomfort? The heat was unbearable as many were spotted fanning themselves inside the hall.

The red carpet was ordinary! Again, I didn’t see most of our celebrities on the red carpet as compared to the previous years and those who showed up didn’t slay to my satisfaction. The way you market yourself is the way they buy you and it looks like the unseriousness from Charterhouse had affected the way our celebrities also saw the event. The only thing that saved the day was the fact that the presenters on the red carpet tried to make it fun as possible. They didn’t bore us with the usual “who are you wearing”. Most guys were in African print and that was encouraging.

The stage was not bad, it was spacious and the lights were on point on the stage but that of the crowd was a bit darker. The stage design for 2019 is one of the best they have ever pulled up so far. However, it looks like the main event was not planned and again I will give my reasons. Chairman General’s involvement was a last minute move. There was a reportage that he was going to host with KOD and boom… Berla showed up. Thanks for his intervention though as it added some class and feel to the event as many respect him and he ended up saving the day as well.

The show started off boring as the awards given did not excite a crowd. Allow me to use BET as an example; their humanitarian and other industry awards are done in the middle of the show and they show a short clip of the journey so far. What did we get, nothing as they showed us absolutely nothing. They just called them out and gave them plaques. The most annoying part of it all was when it was announced there was going to be a documentary of how the journey has been so far and very little was aired and 90 percent were current too.

Take it that they didn’t have the footages, what about pictures? Don’t we own pictures we took as far back as 2000 in our homes? Some even have pictures from the 70s. Couldn’t they have done a grid of those pictures with narration to make it more appealing? Their inability to give us old clips as inserts shows they did not attach much seriousness to the whole award scheme in the early days. The content of the 20th anniversary was very empty and it is embarrassing we decided air such content on the international front. I believe people watching from afar will see us as a joke.

Twenty years of what? Come again. Charterhouse on its own failed us last night. A show they planned to air on an international channel did not have tags from the red carpet to those presenting the awards. Even as a Ghanaian, I kept asking who some people were so I’m wondering how people outside Ghana would interpret what was happening. The least an international awards show does on stage is to put out the names of those going to present the award and winners on a screen.  Simply put, productions for VGMA this year was not good enough. One of the main components of a great music show or music is sound. Many at the auditorium kept complaining about the sound. I was not surprised.

What were we expecting when the sound check was done barely two hours before the show? I doubt if all the artistes actually did a sound check prior to their performance. The artistes for the night also gave a very ordinary performance.  Stagecraft was zero! 20 years and we still didn’t have great entries from our artistes and other things that spark up performance.

Should I say fortunately for Charterhouse, instead of chastising them alone after the show, the attention has been shifted due to the brouhaha that emerged from our top dancehall acts in Ghana.  How did security allow guns in there? Why would one who is not in good terms with another stupidly follow a person up on stage to congratulate him? How on earth will come pull out a gun in the midst of a crowd? I understand this whole self-defence thing but for crying out loud there were other individuals there. It wasn’t like a clash on the streets where one will pull out a gun to defend himself. The two simply didn’t think about Ghana for once as they didn’t consider how that was going to affect us intentionally since we had foreign representatives present and also due to the fact that the programme was aired on DSTV, a channel that allows loads of countries to have access to our content. How did we get here as a nation? In my opinion, the two should be banned from music awards to serve as a deterrent to others.

Ghana music awards have always been criticised over the years. This piece was not to address such as many this time around deserved what they won. I, however, want to disagree with one and that is the “artiste of the decade”. The criteria was artiste was who over the decade have had the biggest impact, earned multiple nominations across the years in the VGMA and have been relevant on the Ghanaian music scene and beyond; been influential and their craftsmanship in the industry has been phenomenal.

It is true, one may not necessarily have all it takes to win a category but the more areas he or she qualifies can be a plus. I believe Samini would have been the ideal person to win that category and here are my reasons; he has done music for two decades and has earned multiple nominations within and outside of Ghana including winning artiste of the year in 2007. He won MTV Africa awards and KORA as well just to mention a few.  Has he been relevant in the past few years and has also and has influenced the industry in different ways including mentoring acts like Stonebwoy, Kaakie, Kofi Kinata, Ghetto KB, etc. Was that category to be voted for?  I don’t think so. Maybe moving some categories must be revised. Sarkodie is a great artiste no doubt but I feel it would have been ideal to see Samini win that category.

VGMA 2019….. the question is, who is our artiste of the year? Ebony Reigns still reigns even in death as the coveted title is stuck in the files of Charterhouse. Will it even be announced? Even if they do, the impact will never be the same. VGMA 2019 will go down in history a memorable one indeed and Ghana will never forget. Before I go, good day to our minister for Tourism, Arts and Culture. I just said hi and I hope to hear from you. Ghana would love to have your take on this.

One Ghana, one Africa, one love! Peace!!!

DISCLAIMER: The Views, Comments, Opinions, Contributions and Statements made by Readers and Contributors on this platform do not necessarily represent the views or policy of Multimedia Group Limited.
Tags:
VGMA 2019