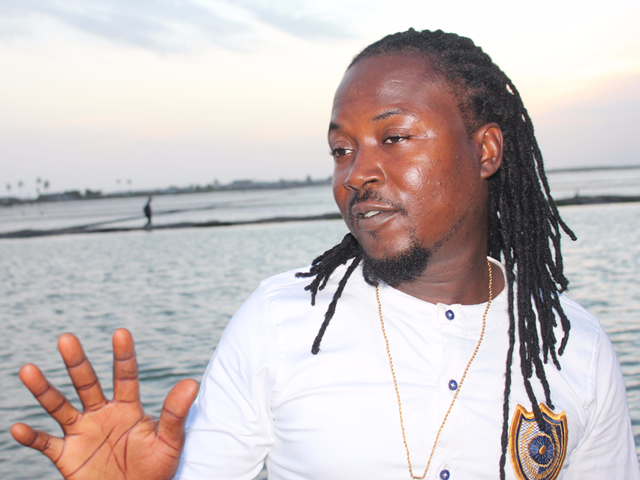 As a musician, who has in the past been involved in beefs and experienced its negative effects, hiplife artiste, Ex-Doe has always criticised the tension and unhealthy competition between dancehall artistes, Shatta Wale and Stonebwoy.

According to the ‘Maba’ hitmaker, who was on a number of radio stations last year to launch a campaign encouraging musicians to have healthy competitions, he has been vindicated following the clash between Stonebwoy and Shatta Wale at the Vodafone Ghana Music Awards (VGMA) held on Saturday, May 18, 2019 where Stonebwoy pulled a gun.

Speaking on Pluzz FM’s AM show on Tuesday, May 20, 2019, Ex-Doe, whose beef with Chicago in the 90s was a big deal back then, said he had experienced the negative effects of beefs on his music career reason why he had vehemently spoken against the Shatta/Stonebwoy rivalry.

“I was inspired by the American hip-hop beefs back then and I thought that could help project my brand and music career.

“Even though ours wasn’t physical as it has gotten this time, there were a number of people who intervened to address the issue.

“Alhaji Sidiku Buari was president of MUSIGA and he was very instrumental in ensuring that our rivalry didn’t generate into something that could not be tamed,” Ex-Doe stated.

As an industry with many talents, Ex-Doe said it was not out of place for people to express their differences as the likes of Daddy Lumba and Nana Acheampong did lyrically but he had been alarmed by the tension from the camp of both Shatta Wale and Stonebwoy after observing many events.

“I saw this coming and talked against it several times but nobody heeded to my calls and this is where we are today.

“There’s nothing wrong with beefs, especially when they are creative but it is unfortunate things had to escalate to this level.

“We were lucky there was no trigger was pulled, it would have been another incident all together,” Ex-Doe added.

He urged his colleagues to engage in healthy competition since that develops creativity. “Everybody has the style, no two artistes can be the same so if we want to beef, it should be on creativity and not physical,” he added.

Since the unfortunate incident last Saturday, a number of industry players including former MUSIGA presidents, Diana Hopeson and Alhaji Sidiku Buari have condemned the acts.

Theresa Ayoade, C.E.O of Charterhouse, organisers of the VGMA has hinted on plans to sanction the two leading Dancehall artistes – Stonebwoy and Shatta Wale.

DISCLAIMER: The Views, Comments, Opinions, Contributions and Statements made by Readers and Contributors on this platform do not necessarily represent the views or policy of Multimedia Group Limited.
Tags:
Ex-Doe
VGMA 2019