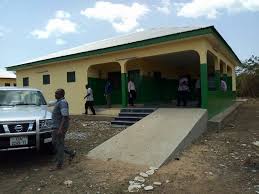 The Kpando Municipal Health Director has said the theft of power cables connecting the Sovie Community-Based Health Planning and Services (CHPS) Compound to the national grid has delayed the operation of the centre.

Dr Samuel Abudey said but for the theft, the facility, which was completed and handed over to the Municipal Assembly some two months ago, would have been functioning now.

He said this at Sovie as part of the Accountability, Rule of Law and Anti-Corruption (ARAP) Campaign organised by the National Commission for Civic Education (NCCE) with support from the European Union.

He said the community members had painstakingly reconnected the facility to the national grid and that soon the centre would commence operations.

He tasked them to be diligent in their service to the community and to consult the people on all matters for its progress.

He said it was a civic responsibility to self-initiate and begin a project and not always depend on government.

Togbe Kofi Nyarku IV, the Chief of Sovie, appreciated the efforts of the NCCE on educating citizens on their civic responsibility and to hold duty bearers accountable for their stewardship.

He said though there were some other projects such as roads and markets the people needed, their priority was the functioning of the CHPS compound.

Richard Asilevi, Kpando Municipal Director of the NCCE, educated the gathering on the need to continuously observe the COVID-19 safety protocols as “we are not in normal times.”

He said the directives of government on the need to curb the spread of the disease were not to infringe on the rights of the people.

DISCLAIMER: The Views, Comments, Opinions, Contributions and Statements made by Readers and Contributors on this platform do not necessarily represent the views or policy of Multimedia Group Limited.
Tags:
Kpando
Sovie CHPS Compound