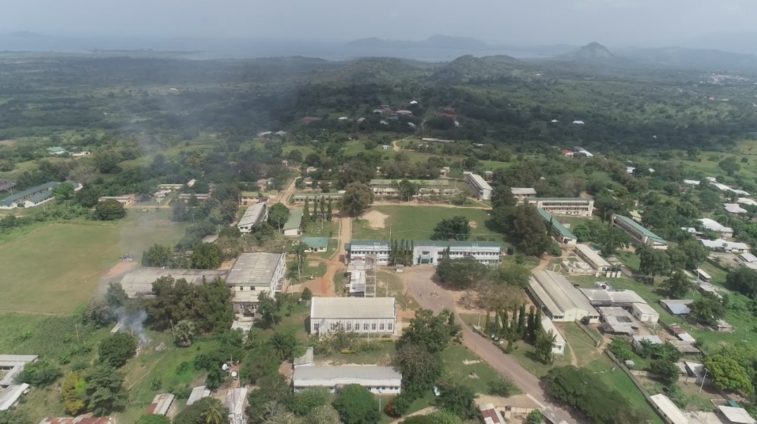 The Bishop Herman Old Boys Union has triggered a campaign to provide a face-lift for their alma mater, Bishop Herman College, in Kpando in the Volta Region.

The Boys are seeking to raise funds to tackle the challenges of dilapidated infrastructure, bad road network on the campus, abandoned projects, sanitation solid and liquid waste management challenges, which hurt academic activities.

Kpando serves as home to the Bishop Herman College, which has produced numerous illustrious Ghanaians.

BIHECO, established in 1952, was once the beacon of education in Ghana, rubbing shoulders with other top-tier schools.

Its struggle to remain one of the best performing schools is derailed by a series of challenges.

The Bishop Herman Old Boys Union National Secretary, Edward Ayem, lamented the conditions of the school would not favour producing the right calibre of human resources needed for the development of the school.

“Our cherished Bishop Herman is being run down; if nothing is done soon, this will not be a good place to churn out the kind of leaders we want for our society”, he said.

The school is plagued with infrastructure, road, and sanitation challenges.

One of the oldest structures on the campus, The Giant Block, is suffering severe defects.

The structure, which accommodates a library, box rooms, and dormitories, had sections of its roof damaged by a storm. This had led to the structure, including the library leaking at various parts.

Sections of columns of the corridor have eroded off, exposing iron rods, while others have developed deep cracks. This development endangers the lives of the students.

A firm contracted to rehabilitate the structure has abandoned the project after doing some works on the staircase at the left flank of the structure.

“We believe that some work can be done, put the building in shape to restore it to its former glory as it were. Because it is not only the face of Bishop Herman when you arrive on campus, it is also one of the biggest accommodating facilities on campus for students.

“Therefore, it is just prudent that we renovate it, ” stressed Komla Wogbe Ofori, the BHOBU 1991-1993 Year Group project coordinator.

The campus road network keeps deteriorating by the day.

Bitumen surfacing of the road network has completely eroded off at some sections.

A construction firm contracted to put the roads into shape has abandoned the project.

A dormitory project awarded under the President’s Special Initiative during the Late President Atta Mills’ administration had also stalled.

These two sanitary facilities, which are in a bad state, serve most of the student population.

The Students have to go in half-naked to avoid their clothes picking the stench produced by the facility.

Solid and liquid waste management is another challenge bedevilling the school.

The Kpando Municipal Chief Executive, Geoffrey Kodzo Badasu, said the assembly would liaise with the relevant institutions to resolve the sanitation challenge and the others.

These developments, which has kept old boys worried, informed a decision to launch an initiative to raise funds to support projects to uplift the school.

After touring the campus to ascertain the challenges, a team of old boys paid a courtesy call on the Volta Regional Minister, Dr Archibald Letsa, and appealed for an intervention.

Dr Letsa promised to channel their requests to the appropriate institutions for redress.