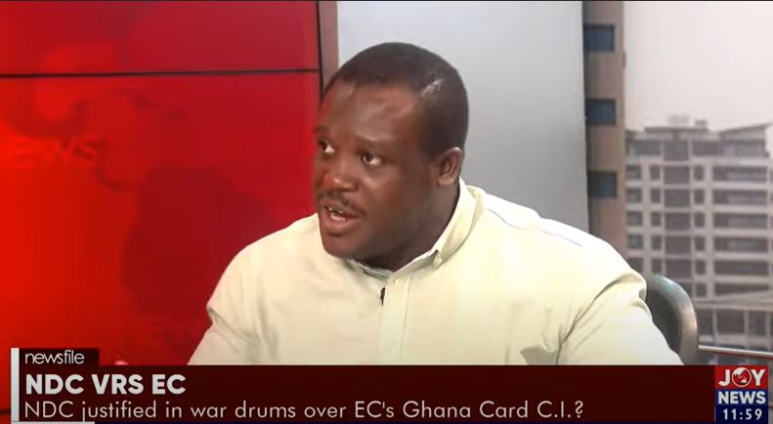 The Deputy Ranking Member on Parliament’s Communications Committee has said that the objective of the SIM re-registration exercise will not be realised if the current approach adopted by the Communication and Digitalisation Minister, Ursula Owusu-Ekuful is not changed.

Mr. Sam Nartey George cited for instance that, inspite of the exercise, there are pre-registered SIM cards being sold on the market.

He said this on Joy FM’s Top Story on Friday.

The Ningo Prampram MP explained that the existence of pre-registered SIM cards on the markets indicates that the work done so far has not amounted to much.

He asserted that the registration of SIM cards does not in any way stop SIM fraud, adding that that it is “a fallacy of fact.”

Mr. Nartey George claimed that Ursula Owusu-Ekuful in her haste to score “cheap political points” has failed in the implementation of the policy.

“The Minister is on record to have said that people have registered more than 10 SIM cards to one Ghana Card. Is that not an admission of failure?.. In her last but one public speech, she admitted and she was now warning people to go and unregister the SIM Cards,” Mr. George said.

It would be recalled that the Communication Ministry on Friday announced that it will proceed to deactivate all unregistered SIM cards on the 30th of November 2022, after several postponements.

The Ministry in a statement said so far, only 70 percent of those who linked their SIM cards with their Ghana Cards have gone ahead to fully register, leaving some nine million SIM cards unregistered.

DISCLAIMER: The Views, Comments, Opinions, Contributions and Statements made by Readers and Contributors on this platform do not necessarily represent the views or policy of Multimedia Group Limited.
Tags:
Sam George
SIM Card Re-registration
Sim Cards
Ursula Owusu-Ekuful