There will be a new Hohoe – Peter Amewu 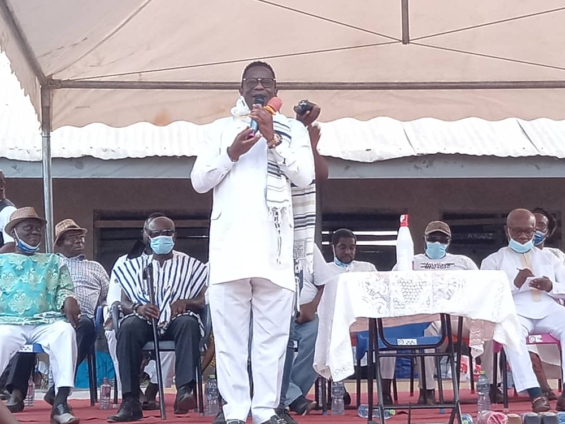 Hohoe MP-elect in the Volta Region, John Peter Amewu says constituents will experience a “new Hohoe” during his four-year tenure.

Speaking at a victory durbar held in Gbi Wegbe Monday, he thanked the people for entrusting him with the mantle, amidst promises to remodel the economic status of the township.

“We will build Hohoe again, I’m telling you that there will be a new Hohoe, people will come from Kumasi, Obuasi, and from across the country to do business in Hohoe,” he said.

“I’ve made numerous promises, today as I stand before the Chiefs of Hohoe, I want them to know that I’ll deliver my promises one after the other as soon as God continues to protect me” the Energy Minister emphasised.

Mr. Amewu further added that part of his plans for the community is to prioritise job creation for the teeming youth and support women in trade in the area.

The Member of Parliament-elect extended a call to the people to give him another chance after his tenure expires, in order to represent them in Parliament again.

The Minister polled a total vote cast of 26, 952 on the ticket of the incumbent New Patriotic Party (NPP), whereas his main opponent, Professor Margaret Kweku of National Democratic Congress (NDC) accrued 22, 821.

DISCLAIMER: The Views, Comments, Opinions, Contributions and Statements made by Readers and Contributors on this platform do not necessarily represent the views or policy of Multimedia Group Limited.
Tags:
Election 2020
Hohoe constituency
Peter Amewu