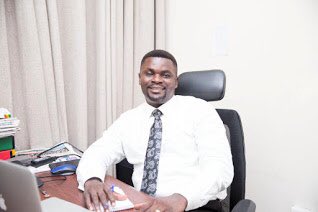 A Public Relations Officer for the Ministry of Energy, Kwesi Obeng-Fosu, says there is enough justification for the lifting of the ban on the creation of new LPG stations across the country.

A ban was placed on the construction of new LPG centres in 2017 following the Atomic Junction gas explosion disaster which claimed lives and destroyed property.

According to LPG marketing firms, the ban had adversely affected them as many had already invested heavily in the construction of new LPG centres across the country.

Speaking on JoyNews’ PM Express, Kwesi Obeng-Fosu stated that government has been notified of the adverse social impact the ban has had on the LPG marketers and their employees and would be considering lifting the ban at the ongoing cabinet meeting.

The Public Relations Officer stated that there are several justifications for lifting the ban including the social impact the ban had caused.

“There is a lot of justification for us to consider in order for us to lift this ban. First of all, we all agree that these companies are 100% owned by Ghanaians with huge investments in the projects at various levels of completion up to the tune of about 60 million cedis. So we need to consider the social impact on the existing debt that they’ve spoken about over the period.

“Also most of these are sited at areas where there are no LPG refilling or vending points. So there are lots of justification for us to lift this ban, and that is why I said earlier on another programme that due to these justifications, government is considering the memo placed before cabinet today that these marketing companies that are Ghanaian companies need to be back in business in order to enable them recoup their investments and support their transport workers as well,” he said.

The consideration for the lifting of the ban comes at a time when Gas Tanker Drivers Association and Petrol Tanker Unions have embarked on a sit-down strike to drive home their concerns on the ban on the construction of new Liquefied Petroleum Gas (LPG) stations and on stations already under construction and at various stages of development, saying, it has adversely affected most of their employers.

This in turn has affected their working conditions as employers are unable to pay them as expected.

Reacting to the strike, Mr. Obeng-Fosu said, “these transporters are on strike in solidarity with their employers. So if you ask for the justification for the lifting of the ban, I believe it is in order.”

Meanwhile, Cabinet has lifted the ban on construction of LPG outlets throughout the country.

This was contained in a letter addressed to the Chairman of the LPG Marketers Association of Ghana by the National Petroleum Authority (NPA) on August 3, 2022.

According to the statement signed by the Chief Executive of the NPA, Dr. Mustapha Abdul-Hamid, “We are pleased to inform you that Cabinet at its 35th Sitting, held on August 3rd 2022, has granted a special dispensation to allow the completion of the construction of stranded LPG stations across the country, that were affected by the ban on the construction and operation of new LPG facilities in 2017.”

Mr Hamid urged all entities affected by the ban to resubmit their applications to the NPA.