There's no guarantee there will not be another confusion over E-levy in Parliament - Muntaka Mubarak - MyJoyOnline.com 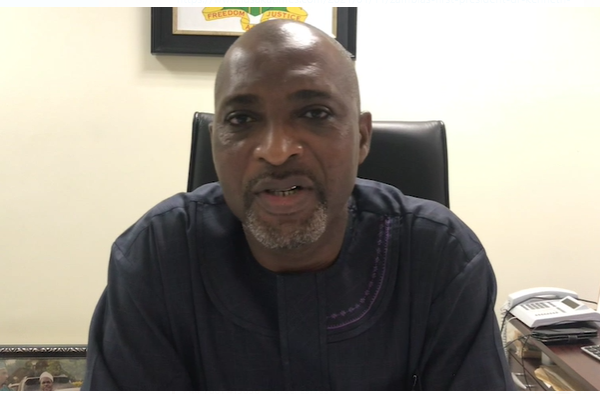 Minority Chief Whip, Mohammed Muntaka Mubarak, says there is no guarantee that there will be no violence when Parliament resumes debate of the Electronic Transactions Levy aka E-levy.

Speaking to Evans Mensah in a yet-to-be-aired interview for PM Express on the JoyNews channel, the Asawase MP said his side cannot guarantee a peaceful consideration if the Majority side attempts to circumvent the rules.

“So far as people want to alter the rules, you can never guarantee that there will be no confusion in the chamber. It is not possible. Because the reason is that, why do you sometimes see fists in the American congress after over 200 years of practice?

There was a free-for-all fight between Minority and Majority MPs when the House considered the bill.

The fight broke out when First Deputy Speaker Joseph Osei Wusu attempted to vote on a procedural issue in the House whilst presiding.

The Minority contended that whilst presiding as Speaker, the Deputy Speaker loses his original vote, and any attempt to vote is an aberration of the Constitution.

Government officials have said that government will not back down on its efforts to push the e-levy bill through in its current state.

The Minority and sections of the public have criticised government for introducing a 1.75% levy on electronic transactions. So we have called for a reduction of the percentage and improved transactions exempted under the levy.

After more than a month of break and with Parliament set to consider the Bill, there is no change in positions from both government and the Minority, who both hold entrenched positions on the matter.

Commenting on the E-Levy on resumption of Parliament Alhaji Muntaka said, “anything that happens on the Floor of Parliament, goes through processes. It’s a closed book. You can’t contest it anywhere. So because of that, if you allow it to happen, that is it. Because of that, it makes it extremely difficult when the rules are being altered to favour certain situations.

“I can tell you we will resist that. As for that, we will. I hope our resistance will not lead to the exchange of blows, but we will do everything to prevent that from happening. And I pray that we don’t get there. If it becomes necessary for us, say that we are going to resist by every means possible.

“I mean, it’s not my prayer but one thing that I can tell you, for a sitting speaker to be sitting there and coming down to vote? That will be too difficult for our side to take, that I won’t lie.”

Majority Leader, Mr Osei Kyei-Mensah-Bonsu, has explained that the E-Levy will be on the Order Paper of Parliament next Tuesday (February 1, 2022).

He said government was using this week to conclude consultations on the levy.