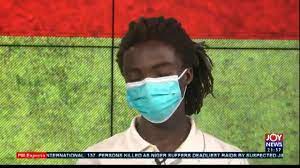 His comment comes on the back of controversies surrounding some Senior High Schools (SHS) refusing to admit some Rastafarian students.

While school authorities have justified the decision saying it is against their rules to admit students with such hairstyles, the family of the students insist it is also against their culture to trim the hair of their wards.

The decision by the School, however, has been greeted with mixed feelings with a section of the public criticising the decision on grounds that it is discriminatory.

Others believe school authorities are right since every student must conform to the rules of his/her school.

President of the National Association of Graduate Teachers (NAGRAT), Angel Carbonu, has also asked the students to obey the rules and regulations since it is a way of instilling discipline in them.

Wading into the controversy, the Professor has urged school authorities to explore other ways of ensuring discipline without interfering with the religion of students.

“There no such thing as absolute rights or on the other hand absolute power. So when a school makes rules that appear to interfere with rights then we have to ask several questions to ask.

“Thirdly, will the objective be clearly undermined by allowing the right to operate? Are there any alternative measures that the authority can take other than restricting people’s rights?” he said.

He further noted that in this context, the objective of the Achimota School, which is to control appearance and to instill discipline in students is an important one.

That notwithstanding, he says the objective will not be undermined if the students are admitted into the schools.

“There are a lot of ways that the school can bring about discipline and ensure that the student’s appearance is okay without having to interfere with the person’s fundamental rights to freely worship, these are the options that need to be explored.

DISCLAIMER: The Views, Comments, Opinions, Contributions and Statements made by Readers and Contributors on this platform do not necessarily represent the views or policy of Multimedia Group Limited.
Tags:
Angel Carbonu
Prof. Kwaku Asare
Rastafarian students
Super Morning Show