There’s no way I can stop corruption, but I will make it costly – Kissi Agyebeng 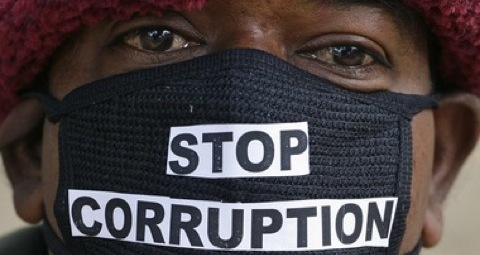 Special Prosecutor nominee, Kissi Agyebeng, says he is not going to stop corruption in the country when given the nod as the task is herculean.

“Honourable Chair, I’m not naive to assume that I am coming to stop corruption, there’s no way I can stop corruption. God himself will not even acclaim to that,” he told the Appointments Committee.

However, he was quick to add, “but I am going to make corruption very costly, very very costly to engage in, in terms of conflict of interest.”

Submitting his strategies to eradicate corruption, if, given the nod, Mr Kissi Agyebeng said he would, “institute what I call pressure for progress, and in this quest, there is going to be a systemic review of all public agencies and the development of integrity plans.”

Also, he intends to set up a Public Corruption Perception Index to rank public sector agencies against each other.

To justify his plans, he observed that “the Act empowers me if I’m given the nod by this House, to institutionalize risk assessment in respect of public agencies.

“The Act also empowers me periodically, if I’m given the nod, to make public, the activities of the OSP and the operations engaged in,” he indicated.

On April 16, Attorney General, Godfred Yeboah Dame, nominated Mr Agyebeng, under section 13(3) of Act 959, to the President for consideration as the second occupant of the Office of Special Prosecutor.

This came after the former Special Prosecutor, Martin Amidu resigned from office on November, 16, 2020

The roles of the Special Prosecutor include prevent, investigate and prosecute issues of corruption under the Public Procurement Act, 2003 (Act 663) and Criminal Offences Act, 1960 (Act 29), as well as recover and manage assets and proceeds of corruption.

DISCLAIMER: The Views, Comments, Opinions, Contributions and Statements made by Readers and Contributors on this platform do not necessarily represent the views or policy of Multimedia Group Limited.
Tags:
Appointments Committee
Kissi Agyebeng
Office of the Special Prosecutor