Things you need to know before embarking on a long-distance relationship - MyJoyOnline.com 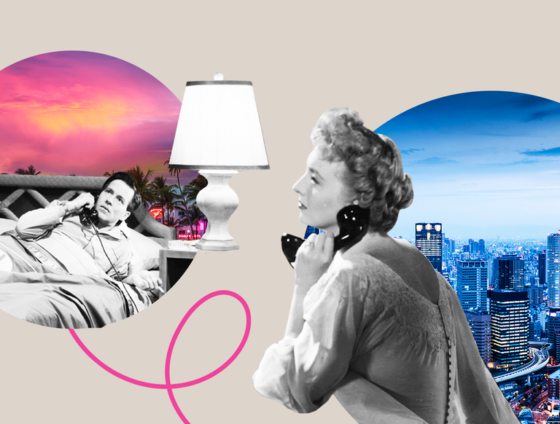 For starters: It’s not that bad, okay? Contrary to what many people think, it’s actually attainable to maintain a long-distance relationship with someone under the right pretenses. (Those pretenses being: a healthy amount of communication, transparency, and openness).

That said, long distance relationships are not for everyone. And especially for those of you under the guise that “distance makes the heart grow fonder” because that’s the Disney-esque version of what I consider bullshit. (More on that later).

But while long-distance isn’t exactly ideal, if it’s temporary and there’s a clear end-goal in sight, it doesn’t necessarily have to be an immediate deal breaker either. And luckily, there are some practical ways to make LDRs suck a whole lot less if you find yourself in one.

1. Don’t set yourself up for a heartbreak by ignoring the signs

Remember when I mentioned that LDRs aren’t for everyone? Yeah, be realistic. Even if it sucks. Let’s say you never see yourself living in a certain city, but that’s where your partner has built up the entirety of their career.

Ask yourself: Will my partner or I actually happily move somewhere for the other? Because most likely, unless it’s clearly agreed upon where you’ll follow each other before pursuing a LDR, there will be some sort of resentment.

“Go into a LDR with realistic end goals. If you do this, success and happiness can follow,” says Krysta Monet, founder and creator of thefemininetruth.com.

2. Your relationship isn’t a business meeting, so don’t treat it like one

You don’t need to literally go out and buy a calendar and schedule your visits. And for the most part, you’ll want to drop the itinerary you have planned for every time you visit, too.

That’s part of what would make your relationship seem “not normal” since most couples who live within close mileage to each other don’t have all their time together scheduled, either.

But what I’m trying to say is this: Be responsible adults about seeing each other. “Put in your PTO days and make physical trips happen whenever and as often as you can with trips, Face time dates, and overall communication,” says Monet.

“When you are apart, it’s easy to let your imagination get the best of you and read into every post, public comment, or Like on your partner’s timeline,” says dating coach Damona Hoffman, host of The Dates & Mates Podcast. “Playing social media detective will only lead to unhealthy insecurity and worries about the relationship.” Facts.

4. Maintain a healthy amount of both meaningful and random conversations

You don’t have to focus on staying in constant contact all day every day, says Rachel Sussman, a relationship therapist in New York City. But you do want to make sure the conversations you have are meaningful and rich for the most part.

“You don’t have that time to sit and watch a movie together or just grab a meal together so you have to have focused conversation instead,” Sussman says. Those deeper convos help you feel closer, instead of just playing text ping pong all day while you’re both at work.

With that said, “conversations don’t always have to be planned, long, and meaningful,” says Monet. “Sometimes people just like to know you’re thinking about them in the middle of a work day, even when you don’t have the time to talk for hours.”

5. Don’t knock an LDR until you try it

If you hear long-distance relationship and alarms go off in your head, calm down for a sec.

Whether you’ve tried it and failed at it already or never given a LDR a chance, Sussman says your ability to thrive in distant love might surprise you.

“People should keep an open mind,” she says, adding that if you meet your soul mate and they live elsewhere, it may be far more possible than you think to have a successful relationship across county lines.

6. But do have an end in sight

That said, jumping into a long-distance relationship without having a general plan for when you can live near each other again is kind of like jumping into an ocean without knowing when someone’s going to throw you a floatie.

“One of the rules of getting into it is knowing how long it’s going to be long distance,” Sussman says. An issue she sees a lot in her practice is people who move apart before talking about when they’ll live together again and who’s going to be the one to make that second move.

As you’re in the initial stages of discussing the logistics of going the distance, Sussman recommends thinking through what it will mean to live together again—will someone have to give up a job they love, move far away from aging parents, or uproot their life in a way that leads to resentment? Have a game plan before making the leap.

LDRs aren’t all bad—visiting a person you love in an exciting new city is fun and creates a lot of opportunity to experience fresh things together. Definitely spend time exploring new places, but Sussman recommends spending the first day or two of every visit just hanging out and taking it easy at home. Then spend the rest of your time going to fancy restaurants and seeing shows.

8. Don’t expect perfection of every visit

Just because you’re a couple in a long-distance relationship doesn’t mean you have now surpassed the toils and troubles of regular relationships.

It’s inevitable that plans will get ruined because someone gets sick or your period will come at a shitty time or you’ll have a fight that takes up 60 percent of your time together. That’s okay.

It’s the regular stuff that all couples deal with, confirms Sussman. So instead of getting grumpy that something lame happened, just deal with it as you would if you lived together. Otherwise, you’re putting an unfair amount of pressure on yourselves.