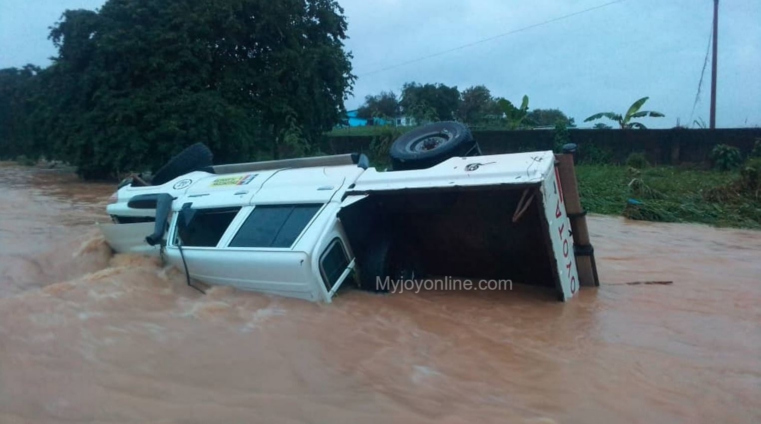 There was a gridlock at the Takoradi-Agona-Tarkwa highway on Tuesday evening, June 21.

This followed a flooding situation after a downpour in that part of the Western Region.

The development has left thousands of motorists stranded with many seeking refuge in nearby schools and shelters to pass the night.

There was a traffic buildup over at least a 15 kilometers stretch.

A few vehicles which attempted to force their way through the rising waters were also submerged.

However, no casualty has been recorded.

Workers and school children who lived nearby also abandoned their vehicles to walk home.

According to JoyNews’ Justice Baidoo, “I got stuck in it for 5 hours and went back home,” cutting short his intended trip to Accra.

Container trucks making their way to the Takoradi harbor have been caught up in the incident.

Also, industrial vehicles coming from the mining enclave of the region have also settled on the shoulders of the road leaving chaotic scenes.