Threat of terrorism is real; let’s collaborate to avert it – Rawlings 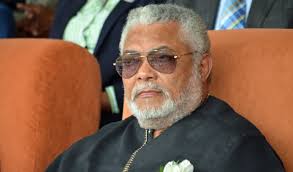 Former President Jerry Rawlings has called for more vigilance from civilians and security forces in a bid to avert terrorist attacks.

“Inhabitants of especially the border communities need to remain extra vigilant and observant if we are to avoid any such terrorist attacks on our territory,” Rawlings wrote in a statement.

He said attacks in neighbouring countries should put Ghana on its toes.

“Travel advice and credible intelligence reports from several sources warn of potential terrorist attacks in countries like Ghana and Togo.

“Our country faces a real threat of terrorism with the heightened attacks in neighbouring countries.

“As Ghanaians, we can no longer procrastinate on the matter of terrorism and assume we are insulated from reality.

“The time has come for heightened vigilance by every Ghanaian as we enter a vulnerable period leading up to the December Presidential and Parliamentary elections,” the statement read.

Speaking on the concern of military men being deployed to border communities and the fear of political intimidation, Rawlings said more cooperation is needed between locals and the security services.

“Any unease and mistrust between the military and communities along the border areas will only create an opening for those engaging in terrorist activity to slip through, increasing the threats to our country.

“The military’s role is to defend the territorial integrity of the country and protect the people of Ghana,” he said.

DISCLAIMER: The Views, Comments, Opinions, Contributions and Statements made by Readers and Contributors on this platform do not necessarily represent the views or policy of Multimedia Group Limited.
Tags:
Rawlings
Terrorism