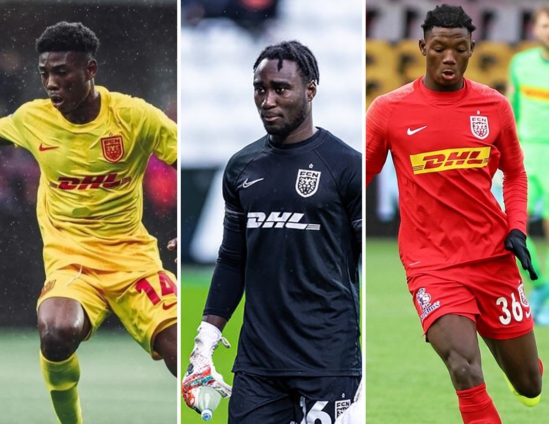 Maxwell Woledzi, Francis Abu, and Emmanuel Ogura of FC Nordsjælland have all received late call-ups to join the Black Stars camp in Japan ahead of the 2022 Kirin Cup.

This comes after majority of the 33-man squad for the Africa Cup of Nations qualifiers and the Kirin Cup suffered injuries and were infected with Covid-19 after games with Madagascar and Central Africa Republic.

As a result, only 18 players are currently in Japan getting ready for the Kirin Cup which kicks off on June 10. In an attempt to augment the squad, the Ghana Football Association (GFA) has invited three young players from FC Nordsjælland.

Woledzi and Abu joined the Danish club from Right to Dream Academy in 2019. Woledzi, a center back, has impressed over the years and has been linked with a summer transfer to Vitória Guimarães.

Ogura is a goalkeeper who has stolen the headlines after joining Nordsjælland from Right to Dream Academy. The 20-year-old became the youngest Ghanaian goalkeeper to feature in a competitive game for a European club in September 2021.

The GFA is in a race against time to secure visas for the three youngsters to join the team in Japan ahead of the tournament.