Through Sadio Mane’s exit, Liverpool show off another trait of elite teams - MyJoyOnline.com

Through Sadio Mane’s exit, Liverpool show off another trait of elite teams 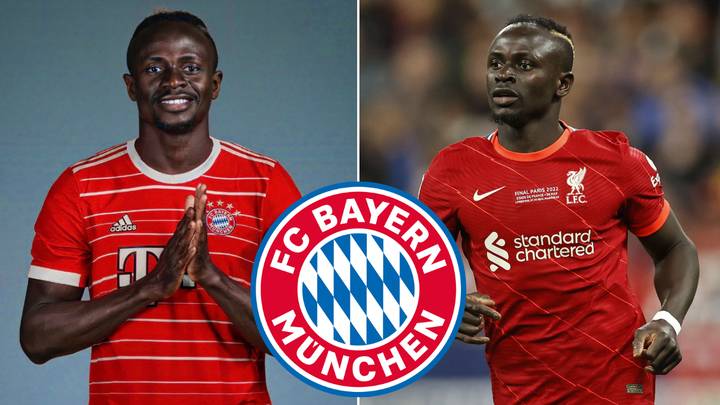 Competing at the elite level in the present while prepping for the future is a very delicate act to pull off and nine out of 10 teams fall short. Little wonder few teams are able to sustain a winning run for long and this phenomenon is a major reason there are so few dynasties in sports.

Under Jurgen Klopp, Liverpool don’t have the trophy count they boasted of during the glory days of the 1970’s and 1980’s. As brilliant as the German tactician’s team has been, winning one Premier League title simply doesn’t cut it even if that title ended a 30 year drought. Adding one Champions League title in three Finals appearances doesn’t help boost Liverpool’s dynastic ratings either.

However, what can’t be taken away from the team is its ability to compete with the elite now while making moves to stay elite in the future. Sadio Mane’s exit hurts Liverpool fans but the same situation is very likely to happen in the next offseason because Anfield’s beloved Mohammed Salah, will follow suit and leave the club if his present deal is not extended.

Paying Mane the same salary as Manchester United’s backup goalkeeper, Dean Henderson, was flat out disrespectful but at age 30 and an inevitable dip coming, there were very few benefits in signing Mane to a contract extension, especially concerning a player competing in a very demanding league as the EPL. It hurts now but fans won’t stay hurt forever as such tough decisions need to be taken to put the club in a position to win for multiple years to come.

It doesn’t always turn out well; Arsenal’s version of Barcelona’s MSN or Real Madrid’s BBC through Pierre Emerick Aubameyang, Nicholas Pepe and Alexandre Lacazette didn’t come off as planned. To win and win for long, team managers need to have a touch of ruthlessness in its operations and decisions. Lacking this trait has hampered Manchester United for a while now and has massively contributed to the team’s precarious position – with a glut of overpaid players unfit to play for the team due to varied reasons yet hard to sell off to other clubs.

Without a blip in its stride, Liverpool’s vaunted trio of Mane, Salah and Roberto Firmino has already been replaced. While Luiz Diaz has taken Mane’s seat on the left side of attack, Diogo Jota has demonstrated he is a goal getter through the middle and Salah’s younger version in Fabio Carvalho has been picked up from Fulham.

To double down on its frontline for the future, The Reds recently signed Darwin Nunez to ensure the takeover process isn’t slowed down perhaps realistically by the soon to be 20 year old Carvalho. Despite playing in the 2020-2021 EPL season, Carvalho still has a lot to tidy in his game in terms of decision making and efficiency in front of goal, even though he bagged 10 goals and eight assists in 36 games in last season’s Championship campaign.

Rumours of a possible move to get Real Madrid winger/ striker Marco Asensio is down to a realistic expectation of Carvalho struggles at Anfield especially early on in his career. Unlike years past when Sir Alex Ferguson moved off David Beckham and Ruud Van Nistelrooy despite the duo having a couple more seasons in them at the top, the new brass at Man United has done quite the opposite. Beckham was still a quality player when he left Man United to play for Real Madrid just as Van Nistelrooy, who won La Liga’s Goal King award in his first season at Real Madrid.

The New England Patriots had a dynasty in a 15 year span with Tom Brady as the Quarterback under Bill Belichick mainly due to Belichick’s uncanny ability to ship off players a year before they become average and two years before they are just poor with their production. The Golden State Warriors have won the NBA title four times in the past eight seasons, primed to compete next season with its core group of Steph Curry, Klay Thompson and Draymond Green returning while youngings like Jonathan Kuminga, Moses Moody and James Wiseman develop to starting caliber players in line to take the baton.

Prior to his free transfer move to Juventus again, Man United via The Pogmentary, actually offered Pogba a new contract in the face of the insanely talented (but frustrating in equal measure) Frenchman’s mere good spell at Old Trafford. Offering to keep a player who produced poor returns on a massive financial investment was shocking and tells a lot about the difference between the team and its biggest rival, Liverpool.

Sadio Mane has moved on to Bayern Munich and will succeed in the Bundesliga because he is an excellent player with the behemoth outfit in a league that is addicted to high defensive lines with acres of space behind for him to run on to and score or assist many goals.

As the biggest star in the Arab World, Salah won’t be a shock teammate of Kylian Mbappe next offseason at PSG in the aftermath of Lionel Messi and Neymar’s exit. Backed by Arab Royalty, Salah’s salary demands Liverpool is resisting, will surely be met with a few perks thrown in to spice his life up in Paris.

A touch of ruthlessness is needed to achieve at the top and back it up over again, and that is exactly what Liverpool has done and it explains why it’s brilliant run will endure.