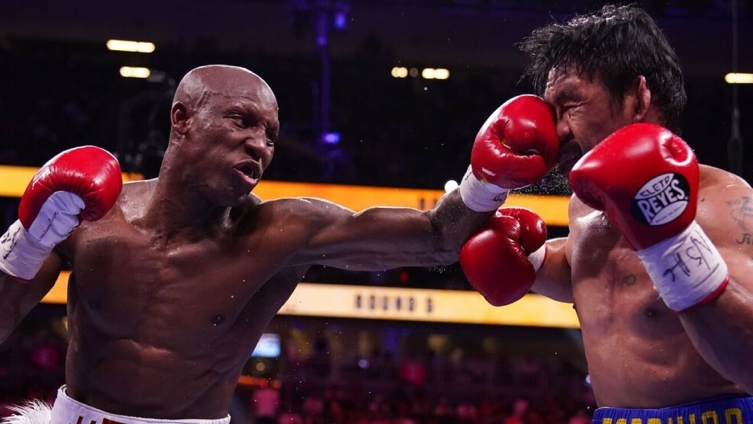 The 42-year-old lost to Yordenis Ugas by unanimous decision in their World Middleweight Championship fight held at the T-Mobile Arena in Las Vegas, Nevada.

“I think Manny has done a lot for the sport and it’s time for him to say goodbye. He has done a lot when it comes to pride and accomplishment,” said the renowned ring official who was weighing on the debate as to why age matters in boxing.

It was the Filipino’s first boxing match after two years since dismissing American boxer Keith Thurman to win the WBA welterweight title in July 2019.

Known for his punching power and trademark speed, the future Hall of Famer whose record now stands at 62 wins, eight defeats and two draws now faces questions on when he will finally hang his boots.

While most boxers typically quit the sport on their own terms, Pappoe, however, feels that any boxer plying their trade below the welterweight should retire at a younger age since they risk “doing much damage to themselves later on when they stop boxing” since “they tend to throw more punches compared to those in the cruiserweight or heavyweight.”

The debate as to whether fighters above the age of 40 should be allowed to compete has always dominated the world of boxing with critics maintaining that the fighter have a higher risk of sustaining brain injuries. Some insist that boxers should always retire at the peak of their careers. Boxing legends “Sugar” Ray Leonard failed to win a single match past the age of 33, with some of the greatest heavyweight boxers in history, Mike Tyson and Muhammad Ali, also starting to wane and losing their bouts in their 30’s.

However, should “PacMan,” regarded as one of the greatest boxers in history, decide to retire, the future won’t look as bleak. He appears to be setting his eyes on fulfilling his presidential dream on an anti-corruption crusade platform.

Should he succeed in such an endeavor, he will be following in the footsteps of Liberia’s 25th president and former International footballer George Weah who rose to power in 2017. Weah played for French football giants Monaco and Paris Saint-Germain, and also finished as the top scorer in the Champions League for Parisians during the 1994/95 season. He was subsequently named as the 1995 Ballon d’Or and FIFA World Player of the Year.