Time to come together and 'break the 8' - COKA advises NPP members - MyJoyOnline.com 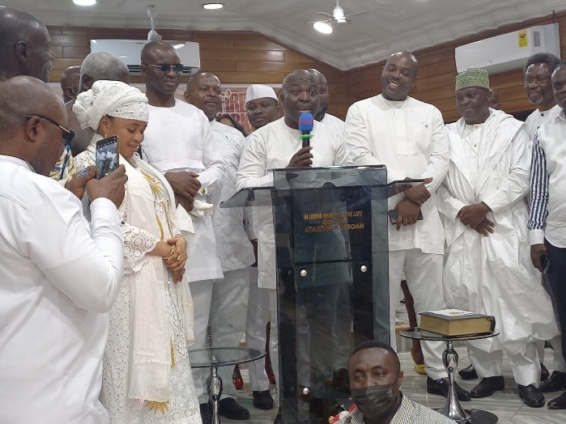 The defeated candidate in the just-ended New Patriotic Party (NPP) Chairmanship race in the Ashanti Region, has called for a united front and support for the party despite losing the election.

Odeneho Kwaku Appiah said that is an important step to achieve the much talked about campaign to ‘break the eight’ by the NPP.

He has begun rallying party members, aggrieved delegates, and other sympathisers and preaching the message of unity and togetherness.

Mr Appiah was speaking at a thanksgiving service held at the Assemblies of God Church, Kwadaso Estate in Kumasi.

The event was to thank God for successful elections and seek God’s favor for the party to win in the upcoming general elections.

COKA as he is affectionately called observed that though delegates voted against his candidature, majority of the NPP supporters in the region wanted him for the seat.

“Less than 900 delegates voted at the conference but over 1.7 million NPP supporters in the region are yearning for me”.

The former Afigya Kwabre South Chairman showed gratitude to God, his campaign team, family, supporters and sympathisers who prayed and firmly stood behind him during the period.

He urged Ghanaians to continue to pray amid the current economic hardship, adding that change will soon take place.

“I understand the current economic hardship is weighing everyone down. But regardless of the situation we all find ourselves in, there’s hope. With prayers, supplication and hard work, we shall all sail through. Throughout my life, I’ve never seen a prayerful person whom God has let down. Hold on, don’t give up, Hope is near,” he encouraged the congregants.