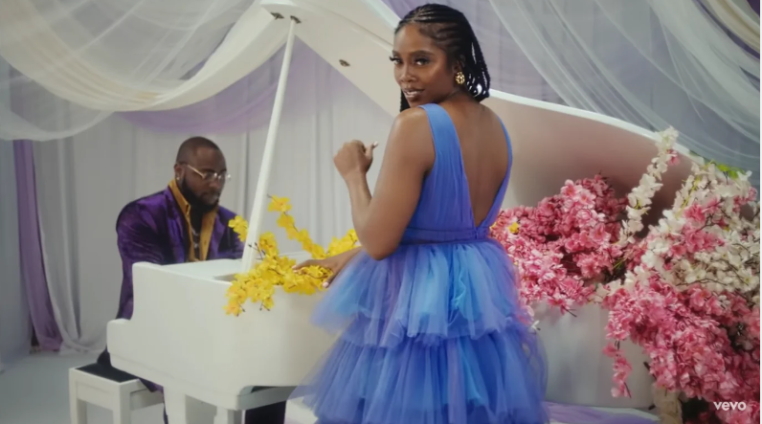 The visuals to the song were released on YouTube. The song was produced by Nigerian record producer, Speroach Beatz whilst the video was directed by DK.

She took to Twitter on Wednesday to announce the official release.

The visuals of the ‘Park well’ song were warm and colourful to match the smooth and soft tune of the love song. The rich and electic mix of the outfits of Tiwa Savage Davido made the video stand out. A white grand piano stuffed with pink, yellow, green and white flowers created a romantic effect.

‘Park Well’ comes off Tiwa Savage’s third album Celia which was officially released on the 27th of August 2020. The Nigerian singer is known for outstanding music videos and ‘Park Well’ is no exception.