Toure to play for Ivory Coast on return from drugs ban 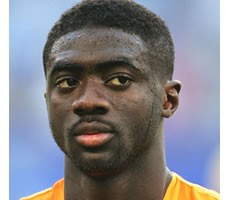 Manchester City defender Kolo Toure could make his return from a six-month drug ban playing for Ivory Coast in a 2012 Africa Cup of Nations Cup qualifier on 3 September.

He has been included in the Elephants’ squad for their Group H game away to Rwanda.

The match takes place just 24 hours after the ban imposed on Toure expires.

Toure has been sidelined for six months following a failed drugs test resulting from a diet pill his wife gave him.

The Ivorian federation (FIF) said it had sought clearance from football’s world governing body, Fifa before adding Toure to a 21-man squad named earlier in the week.

They were told Fifa had no objection to the player training with the rest of his national team mates next week in preparation for the qualifier.

The ban saw Toure miss the final three months of last season, including the FA Cup victory where City ended a 35-year wait for a trophy.

His first potential game back for his club is against Wigan on 10 September.

The Ivory Coast have already qualified for next year’s Nations Cup finals but will be seeking to maintain a 100 percent record in Group H.