Tourism Ministry announces plans to develop Lake Bosomtwe and others 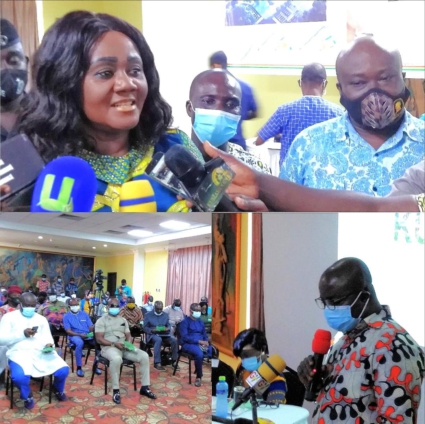 The Tourism Ministry would soon commission a consultant to undertake a study of the tourism potentials in the Ashanti Region, and the northern sector of the country.

The decision is to develop and give a face-lift to some world-acclaimed tourist sites such as the Lake Bosomtwe, the largest natural lake in the West African sub-Region.

Mrs Barbara Oteng-Gyasi, the Minister, hinted that the agenda was to harness the tourism potential of the Lake situated within an ancient impact crater that is about 10.5 kilometres in diameter.

Lake Bosomtwe is one of six meteoric lakes in the world, whose biosphere reserve sustains about 35 tree species, and also home to a great diversity of wildlife.

Its catchment spans two districts, Bosomtwe and Bosome-Freho, consisting of a mixture of three unique types of ecosystems – forests, wetlands and mountains, which contributed to the conservation of vital biodiversity.

Mrs. Oteng-Gyasi, who disclosed this in an interview with the Ghana News Agency (GNA), Kumasi, after a Memorandum-of-Understanding (MoU) was signed between Ghana and the China Bengbu International Technical and Economic Cooperation (CBITEC) Limited, said the Lake was of national and international importance.

In spite of its strategic research and educational purposes to the United Nations Educational, Scientific and Cultural Organization (UNESCO), the quality of water and existence of the Lake increasingly are being threatened, according to environmental research scientists.

The development was attributed to the changing climatic conditions and some unsupervised human activities, including; illegal farming and fishing, sand winning and washing in the water body.

The MoU is to pave way for work to commence on the ‘Kumasi International Theatre/Conference Centre’, a multi-purpose edifice to be designed to boost tourism, creative arts and economic growth in Kumasi.

Mrs Oteng-Gyasi said the expansion of the Bonwire Kente Weaving Village was also a component of the major tourism developments to be undertaken in the Region.

“I am happy to mention that there will be a sod-cutting for the expansion of works at the Village in the coming weeks,” the Minister emphasized that when completed, it would position the facility as an attractive destination for tourists and for commerce.

“Our resplendent Kente from Bonwire, Ntonso and Adanwomaso, epitomizes the soul of creativity of the Ashanti Region, and for that matter Ghana.

“Kente has become an irrefutable global symbol of African creativity, uniqueness and identity,” the Minister remarked.

In a related development, the Ashanti Regional Office of the Ghana Tourism Authority (GTA) has welcomed moves by government to develop the infrastructural base of the tourism-related industry.

The Regional Manager, Mr Peter Achampong, said facilities such as the ‘Kumasi International Theatre/Conference Centre’ would enable the city to host international programmes and add to the tourism drive and aspirations of the government.

He called on the international community to partner traditional authorities and the government to develop the sectors in order to boost the local economy for job creation.

DISCLAIMER: The Views, Comments, Opinions, Contributions and Statements made by Readers and Contributors on this platform do not necessarily represent the views or policy of Multimedia Group Limited.
Tags:
Lake Bosomtwi
Tourism ministry