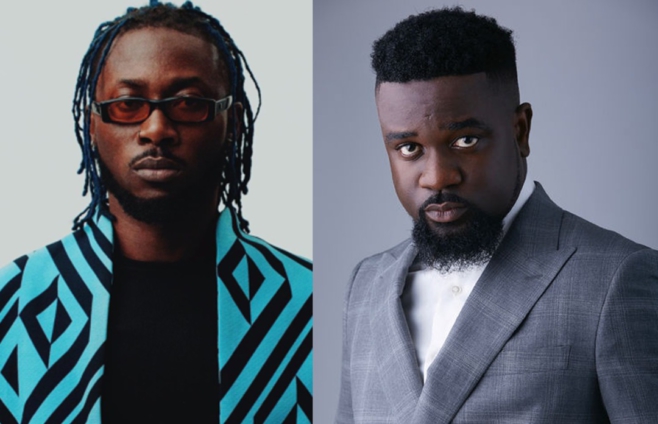 Rapper, Sarkodie has thrown his weight behind Kirani Ayat in the latter’s bid to get the Ministry of Tourism and the Ghana Tourism Authority to compensate him for using his content without consent.

In a tweet, Sarkodie noted that creatives work tirelessly to sell the country to investors and tourists with no help whatsoever from the government.

The ‘Pizza and Bigger’ hitmaker stated that he would support Kirani Ayat to get his due especially since the musician reached out to the Tourism Ministry and did not get any help.

“We (creatives) do a lot to put our country out there, attracting a lot of tourists and investors that translates to money to help nation building yet that’s one sector with no support… I feel my brother and support him especially if he actually reached out and didn’t get help,” he wrote.

We ( creatives ) do a lot to put our country out there , attracting a lot of tourists x investors that translates to money to help nation building yet that’s one sector with no support… I feel my brother and support him especially if he actually reached out and didn’t get help https://t.co/kr7zEYaP2f

“This is without prejudice to any legal options available to the Authority against the Artiste and/or Agency or vice versa. The Authority has been very supportive of the Arts and has created platforms for engagement and performances for our Artistes, and we will continue to do so in our quest to make Ghana the preferred tourism destination,” they added.

However, Kirani Ayat replied the Ghana Tourism Authority, stating that he has not given any agency the right to his intellectual property or given approval for any agency to use his content.

“As an independent artist and SOLE owner of the video used in the “visit Ghana” ad campaign I have NO agreement with any government or private entity to use my intellectual property,” he noted.

Kirani Ayat added that “the agency in question needs to be named, and signed documents made publically available to demonstrate clearly when, where and under whose authority the supposed agreement was signed.”