Trader burnt to death in Sunyani 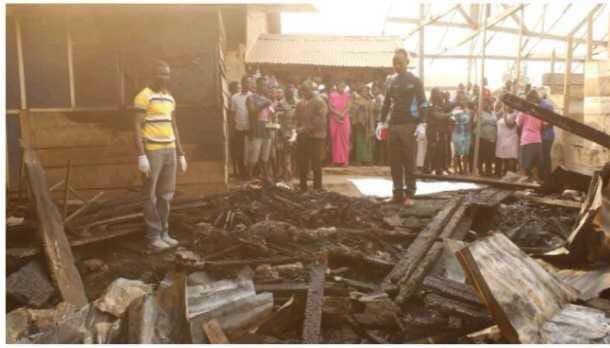 Fire has killed a 40-year-old trader during an outbreak in a wooden structure in Sunyani.

The bizarre incident occurred in the early hours of Thursday, January 27, 2022.

Initial reports by eyewitnesses indicated Kwadwo Obeng was deeply asleep when the fire engulfed the kiosk accommodating him at Area Four, a suburb of Sunyani.

Adom News gathered the fire had assumed a dangerous dimension when some people in the neighbourhood attempted to rescue him.

During a visit to the neighbourhood, scores of people had arrived to catch a glimpse of the bizarre incident.

An eye witness told our correspondent personnel of the Ghana National Fire Service (GNFS) had already picked and deposited the charred body at a hospital morgue.