Traders and transport operators give government feedback on mitigation measures 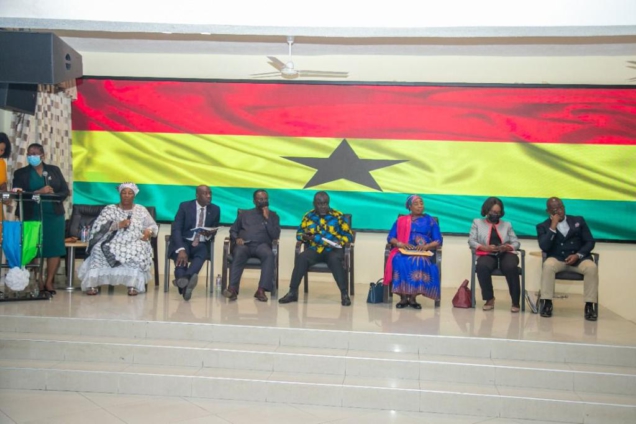 Government has met the leadership of some trade groups and transport operators as part of a series of engagements with key sector players within the Ghanaian economy.

The three hour engagement session took place in Accra on Monday, June 27, 2022 and provided government with an opportunity to assess the impact of the economic mitigation measures it announced in March of this year.

The traders during the session attributed the high price of food commodities currently being experienced in our market places to the increase in fuel prices, high cost of value chain activities and the seasonality of food products.

They said the high cost of haulage of food commodities from the farm gates to market centers significantly influences prices of food products in the market, hence the call on government to consider a reduction in fuel prices.

Speaking specifically on interventions in the sector, Dr. Akoto remarked that though government on its part is doing all it can to address these concerns, the traders should also see to it that food items in the market are not overpriced.

The transport operators also bemoaned the unfavorable increase in ex-pump prices of petrol and diesel, the high cost of spare parts, and its associated impact on their transport businesses. The group acknowledged that the burden would have been much more harsh had government in the past month not scrapped some levies in the fuel price build up.

They further appealed to government to scrap some taxes on petroleum products to cushion the burden on consumers and enable them sustain their businesses.

Mr. Oppong Nkrumah in his closing remarks commended the groups for the views expressed and noted that, they were all geared towards helping government address the rising food and fuel prices in the country.