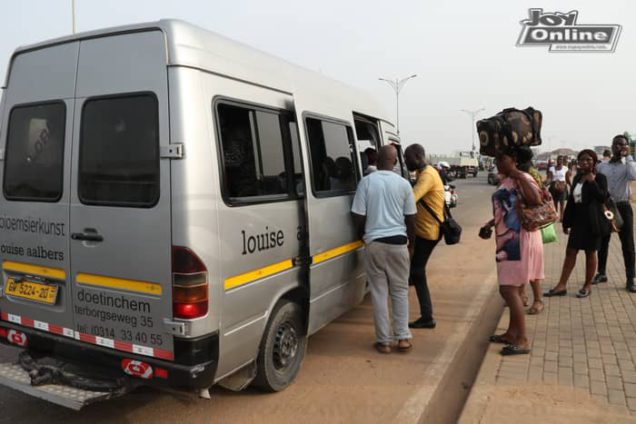 Transport operators in the country have agreed to adjust fares by 15 per cent, beginning Saturday, February 26, 2022.

They concluded negotiations on the increment after a marathon meeting on Monday.

The drivers say the hike has been necessitated by the increase in the price of fuel and the economic hardship the country is facing, which has affected their work.

Member of the Communication Team of the Ghana Private Roads Transport Union (GPRTU), Samuel Amoah, urged the public to cooperate with the drivers to implement the new charges successfully.

“After lengthy deliberations and discussions, the conclusion was that transport operators have been given 15 per cent upward adjustment of transport fares, and the agreement is that this increment is taking effect right from Saturday, February 26, 2022.”

“We are urging all commuters to go strictly by this directive from the Ministry and the transport operators. Currently, the approved transport fare is the one with the 15 per cent increase because that’s what we have agreed upon,” he said.

The transport unions have proposed a 30 per cent upward adjustment, but after a meeting with stakeholders on Monday, they agreed to increase the fares by 15 per cent.

Over the past few weeks, there has been a consistent increase in the price of fuel at the pumps, a situation many drivers have described as insensitive.

Below are the new fares:

DISCLAIMER: The Views, Comments, Opinions, Contributions and Statements made by Readers and Contributors on this platform do not necessarily represent the views or policy of Multimedia Group Limited.
Tags:
15% increment
Samuel Amoah
Transport fares
Transport operators