Transport fares increase: We don’t serve under GRTCC; we are autonomous – GPRTU - MyJoyOnline.com

Transport fares increase: We don’t serve under GRTCC; we are autonomous – GPRTU 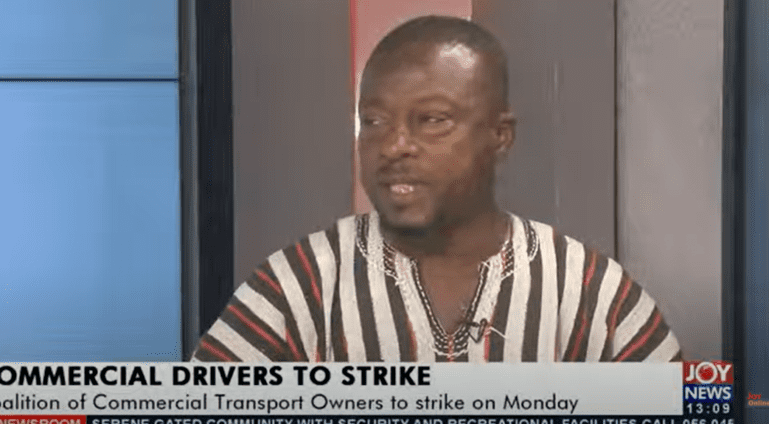 The Public Relations Officer of the Ghana Private Road Transport Union (GPRTU), Abass Imoro, has refuted claims by the Ghana Road Transport Coordinating Council (GRTCC) that no single union has the mandate to determine the percentage increase in fares.

Speaking on Top Story on Monday, Mr. Imoro said the GPRTU does not depend on the GRTCC to determine transport fares. He stressed that the GPRTU is an autonomous body.

JoyNews/AdomNews · We don’t serve under GRTCC; we are autonomous – GPRTU

Earlier, GRTCC issued a release asking the public to disregard the 20 per cent fare increment imposed by the GPRTU and other unions.

According to GRTCC no single union has the mandate to determine the percentage increase in fares.

In response, Mr. Imoro described as unfortunate, the call by GRTCC for the public to disregard the new fares.

He stated that the General Secretary for GRTCC is not a driver and therefore does not feel the plight of the drivers “else he wouldn’t have written this.”

Mr. Imoro stated that members of GTRCC at Ashaiman have embraced the 20% increase in fares, adding that they are even asking for more.

According to Mr. Imoro, the GPRTU has been considerate in fixing the new fares, noting that the “increase does not include other components like spare parts and lubricant …we have experienced about 40% fuel increment.”

When asked if the GPRTU will partake in the meeting with the Transport Minister scheduled for Wednesday, May 11, Mr. Imoro said: “we are not with them, they are not with us. If they have members they should go and do whatever they want to do.”

“This time round, whenever we feel the heat, we will do on our own thing because we have the members. When the drivers are suffering, they run to us because they are our members,” he added