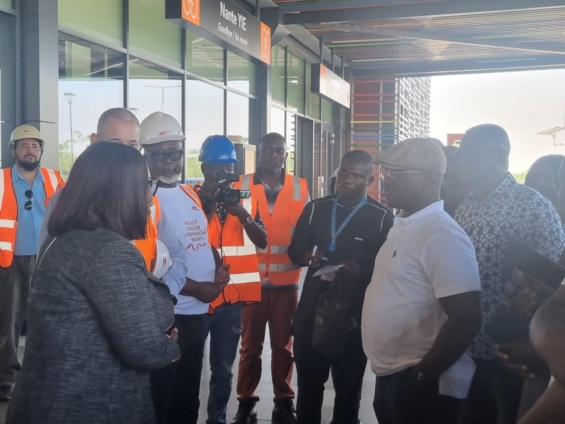 A Deputy Minister of Transport, Hassan Tampuli, has backed the request of the Ghana Airports Company Limited (GACL) to have its user fees and services reviewed to enable them to undertake proper maintenance service in the new airports that are springing up across the country.

The GACL is pushing for a review of its Airport Passenger Service Charge (APSC) in order to properly maintain and manage effectively the new airports being developed in some of the regions.

This is coming after the government of Ghana is committed to improving the aviation sector to ensure the country becomes an aviation hub.

Speaking to the press on the sidelines of a day’s visit to the Kumasi and Tamale airports by the leadership and members of the Select Committee of Parliament’s Roads and Transport, and officials of GACL, Mr Tampuli said, “now revenue from APSC for Accra is also a subject of a loan facility, so pay more or less go to amortise those loans. So, we need excess funds to be able to maintain these facilities. We need a sustained revenue stream, even”.

“For us at the ministry, we are excited that leadership and members of the parliamentary select committee on roads and transport appreciate the fact that the ¢5  that we have in the price buildup of domestic air travel is woefully inadequate.

“So they have asked that we come with a justification paper for us to be able to go through the numbers and see whether there is a justification”, he explained.

“Maybe, whatever figures that we put across, maybe is inadequate as far as they are concerned, they may give us what we requested for. Seeing, what we have here tells us that there is a bright future as far as our aviation industry is concerned.”

Mr Tampuli also explained that “we have not moved into these facilities yet, in order not to get to a point where it will be difficult to maintain the facility. We need to be proactive and get the revenue stream put in the price build-up way before the opening of these airports.

“We need to be ahead of the curve and get a stable revenue stream and I believe when parliament resumes from recess, these are matters that would be considered in the next meeting”.

The Chairman of Parliament’s Road and Transport committee, Kennedy Osei Nyarko urged the Ministry of Transport and officials of GACL to submit to the law mandating them to review the user fees and charges to the committee.

He however expressed concern about the paltry amount GACL charges domestic passengers.

“All international passengers are charged $200 at Terminal 3, and that is the money they are using to support the domestic airports. I have instructed them to bring back the law. So we will be able to amend it. They should not be charging less than ¢50 to maintain this airport. But we want them to run the numbers with us and justify it”.

“I can assure you that if we don’t look for a revenue stream to maintain it, in less than a year, all these beautiful edifices would go down the drain”, he added.

The Managing Director of GACL, Pamela Djamson Tettey indicated that her outfit is resolved to push through with the APSC and thus, “it would work closely with the sector minister to ensure that they meet up with parliament when they resume attaining the objective”.

Ranking Member of the Parliament’s Select Committee, Kwame Governs Agbodza advised the GACL to be more innovative to raise funds to sustain the domestic airports without recourse to government.

Both Kumasi and Tamale airports are nearing completion and are expected to be fully handed over sometime next year, according to the management of GACL.

DISCLAIMER: The Views, Comments, Opinions, Contributions and Statements made by Readers and Contributors on this platform do not necessarily represent the views or policy of Multimedia Group Limited.
Tags:
Ghana Airport Company Limited
Transport Ministry