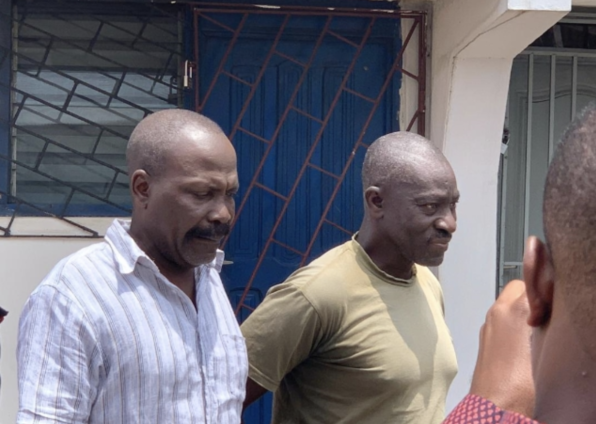 Defence counsel for Dr Frederick Yao Mac Palm, one of the accused persons standing trial for alleged treason, has told Staff Sergeant Sule Kwadwo Awarf, the prosecution star witness, that the idea of the alleged coup d’état has been his brain-child.

“The idea of coup d’état has been your brainchild and you spared no effort to bring out various ideas and suggestions in furtherance of that,” the defence counsel said during cross-examination of the witness.

However, Staff Sergeant Awarf, said that is not true, “if I was part, I would not charge him for him to pay us for our Service,” he added.

Mac Palm’s lawyer said he (Sule) was the one who kept pushing BB that he should be serious and that his (Sule’s) men were ready but Sule answered that that pressure came from Dr Mac Palm.

Counsel retorted that all the videos played showed that his client had not featured in any of them.

Yes, my lord, Sule answered, saying that he (Mac Palm) being the big man cannot be attending meetings all the time, so they (Sule and BB) attended the meetings and later briefed him about the progress.

The lawyer disputed and said what Sule told the court that they did the discussions and later brief Mac Palm was not true. But Sule disagreed and said after their last meeting, he and BB proceeded to Mac Palm’s Hospital to brief him about the fee for the soldiers and where to get the weapons.

In another instance, the lawyer pointed out to Sule that in one of the videos, he even proposed contract killing of the executives but Sule said he was asking Mac Palm how he wanted it because he contracted them.

“What he wanted from us is what we will do for him. Dr Mac Palm was asking whether we would chase the captives (President and key members of government) to their house one by one, so I asked whether it was in the form of contract killing and he said no, we should rather capture them and separate them in different places.

Defence counsel: “What You told the court is not borne by the video watched, nowhere did Mac Palm object to anything in like manner, the Court heard.

Sule: He didn’t speak louder because he was afraid someone might record him.

On the issue of securing some weapons to augment the locally made ones by Donyo Kafui, alias Ezor, the lawyer said Sule was heard in the video bargaining for the procuring of the G3 rifle and AK 47.

Sule said the bargaining was done by BB because Mac Palm asked the two (Sule and BB) to look for the assault rifles to buy, adding that he did not know where they sold them as well as guessed the prices at between ¢5,000 and ¢6,000 just to please Mac Palm.

“You didn’t only mention the price range (¢5000 – ¢6000) of weapons but also in the previous video, you stated where it could be procured,” the lawyer quizzed and Sule answered in the affirmative, stating that because he (Mac Palm) told them to get the weapons, “so I intentionally told Dr Mac Palm that they cannot be gotten unless conflict areas like Bawku,”.

The Defense counsel challenged the date, time and duration of the video recordings and Sule insisted the device was not tampered with and it was used as it was handed to him by his superiors.

They have all denied the offence and are currently on bail.

DISCLAIMER: The Views, Comments, Opinions, Contributions and Statements made by Readers and Contributors on this platform do not necessarily represent the views or policy of Multimedia Group Limited.
Tags:
Alajo coup plot
Treason trial