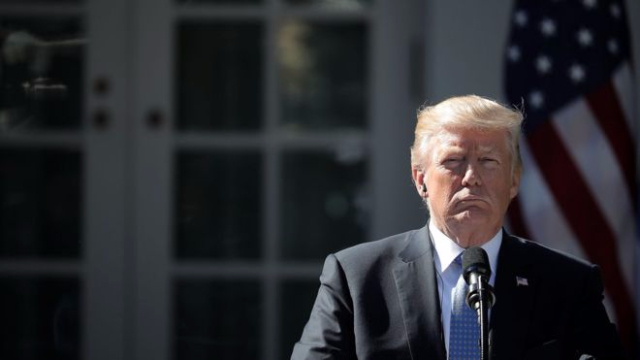 US President Donald Trump has said a lawmaker's claim he made a soldier's widow cry is "totally fabricated".

Congresswoman Frederica Wilson said she was shocked by the president's comments to the bereaved wife of a fallen soldier.

The Democratic lawmaker claimed he told the widow: "He knew what he was signing up for, but I guess it hurts anyway."

Mr Trump tweeted on Wednesday morning: "Democrat Congresswoman totally fabricated what I said to the wife of a soldier who died in action (and I have proof). Sad!"

"This gentleman has a brain disorder," said the lawmaker, "and he needs to be checked out."

Ms Wilson told WPLG, a Miami TV station, she heard the president's "so insensitive" remarks to the widow on speakerphone in a limousine.

"Yeah, he [President Trump] said that," Ms Wilson said. "To me, that is something that you can say in a conversation, but you shouldn't say that to a grieving widow." 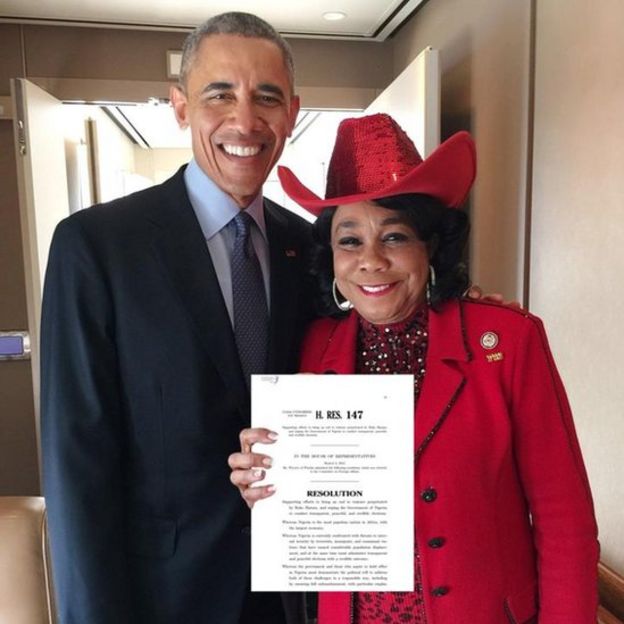 "And everyone knows when you go to war, you could possibly not come back alive. But you don't remind a grieving widow of that."

Ms Wilson told the Washington Post that the widow, Myeshia Johnson, who is expecting the couple's third child, broke down in tears after the conversation.

"He made her cry," Ms Wilson said.

The congresswoman told the newspaper that she wanted to grab the phone and "curse him out".

But an Army sergeant who was holding the handset would not let her speak to the president, she said.

A White House official said Mr Trump's conversations with the families of fallen servicemen were private.

The full context of the remarks is not known. Ms Wilson said that when she asked Ms Johnson about the exchange, she said she could not remember.

The alleged remarks sparked angry comments on social media, with Ms Wilson saying on Twitter that Mr Trump did "not possess the character, empathy or grace to be president of the United States".

Mr Trump had already been criticised for not contacting the families of the four soldiers killed right away.

On Monday, he said he had written letters to the relatives and planned to call them soon.

The White House later said the president had spoken to the families, but did not say when.

On Tuesday, Mr Trump suggested that President Barack Obama did not call the family of his chief of staff Gen John Kelly when their son was killed in Afghanistan in 2010.

He made the comment in an interview to defend his claim that his predecessor neglected to call the loved ones of fallen soldiers. The remarks sparked outrage among Mr Obama's former aides.