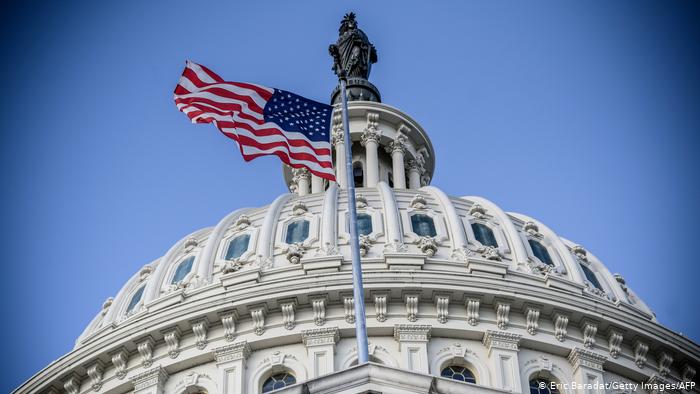 Allies of US President Donald Trump in Congress are set to challenge the election result in a longshot that is almost certain to fail.

Donald Trump’s attempt to overturn the results of the November presidential election was set to go before lawmakers on Wednesday, backed by the president’s supporters both inside and outside Congress.

The typically routine proceeding is set to instead become a flashpoint for political confrontation, with Trump allies heeding his supporters’ pleas to “fight for Trump.”

In an extraordinary development, several dozen of Trump’s Republican allies in Congress say they plan to challenge the results of the election when a joint session of Congress gathers at 1 p.m. (1800 GMT/UTC).

Trump appealed for Vice President Mike Pence to block the confirmation of votes at the session, where the Electoral Votes are to be counted and confirmed. He repeated his unfounded claims — dismissed by federal courts and his own Justice Department — that there were widespread election irregularities.

Seated on the House of Representatives’ rostrum, Pence has the formal task of announcing who has won the majority of votes
for both the presidency and vice presidency.

“All Mike Pence has to do is send them back to the States, AND WE WIN,” the president falsely claimed, with Pence’s role being largely ceremonial. “Do it Mike, this is a time for extreme courage!”

The effort is all but certain to fail, with bipartisan majorities in Congress prepared to accept the results. Biden won the Electoral College 306-232, and is set to be inaugurated on January 20.

Thousands of Trump supporters gathered outside the White House before sunrise to show their support for the president, who was expected to address them later in the morning.

Meanwhile, in Georgia’s two Senate runoffs, Democrat Raphael Warnock beat incumbent Kelly Loeffler to win one race. The polls determine which party controls the US Senate. The second race is too close to call.