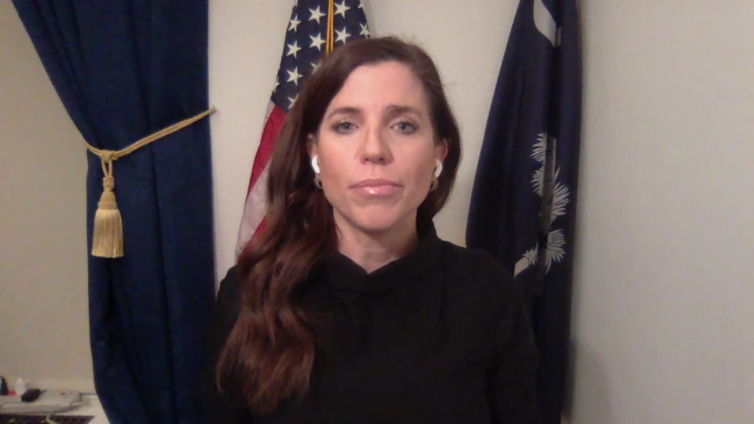 Republican Rep. Nancy Mace, who was just sworn in on Sunday, condemned “anarchy” after pro-Trump rioters breached the Capitol yesterday.

Mace, a single mom, said that she was so concerned by rhetoric “from the President on down” before the rally on Wednesday that she sent her two kids back home after she was sworn in.

“I thought, ‘how neat would that be to roam the halls of Congress, do your virtual classes,’ and instead, I put them on the first flight home Monday morning, because I was worried. And my fears came true yesterday,” she said.

Mace said the Republican Party needs to “start over,” and some GOP lawmakers should take responsibility for the deadly insurrection.

Trump’s “entire legacy was wiped out yesterday,” she said. “… We cannot condone the violence. … We need to have leadership more than ever right now in our country. We’ve got to rebuild our nation and rebuild our party.”

“What happened yesterday is because millions of people across the country were misled by Republicans and by the administration that members of Congress could overturn and usurp the Electoral College in a single vote to object yesterday. And that’s simply not true,” she added.

DISCLAIMER: The Views, Comments, Opinions, Contributions and Statements made by Readers and Contributors on this platform do not necessarily represent the views or policy of Multimedia Group Limited.
Tags:
GOP Representatives
Trump